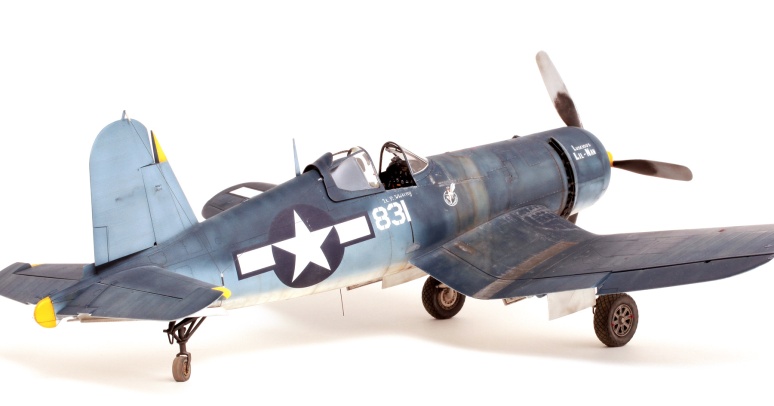 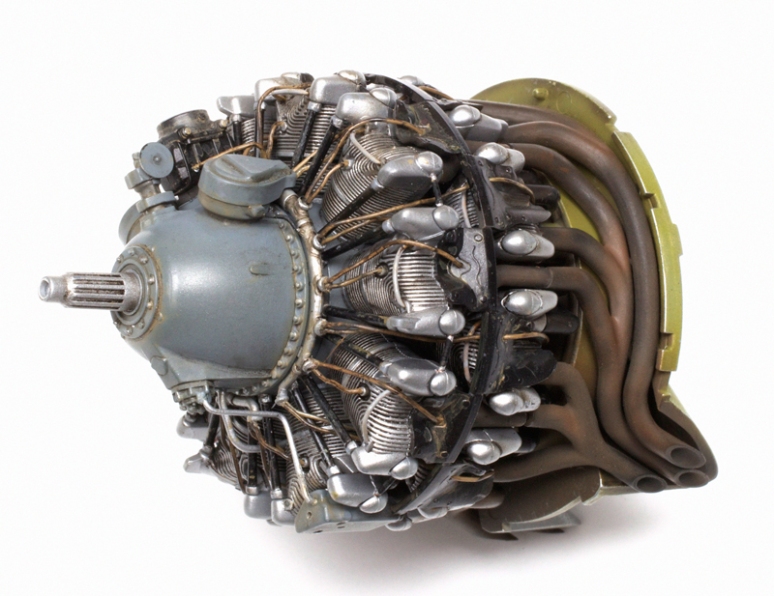 Pratt & Whitney R-2800-8W engine with extra wiring and plumbing. The exhaust manifold is not glued in place at this point. 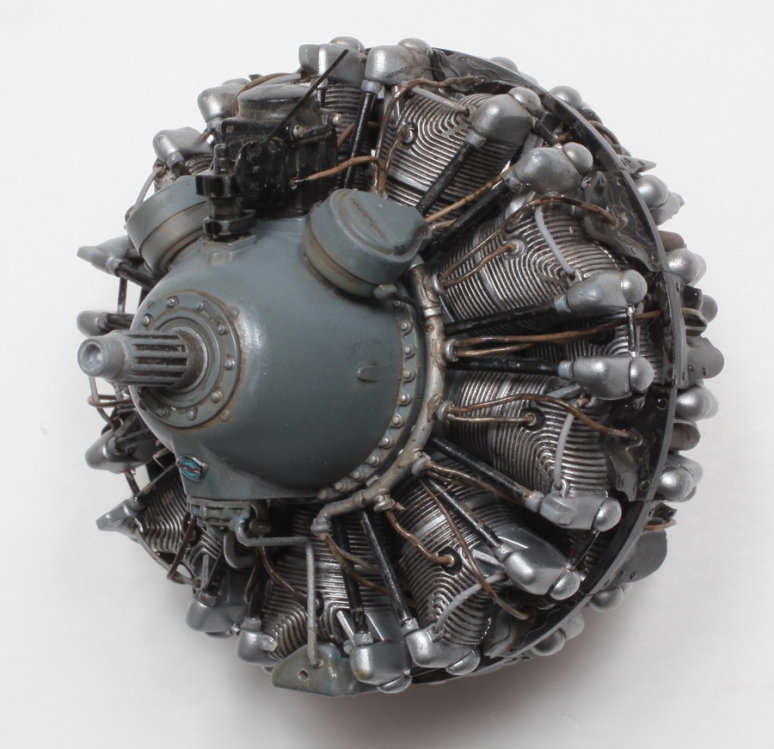 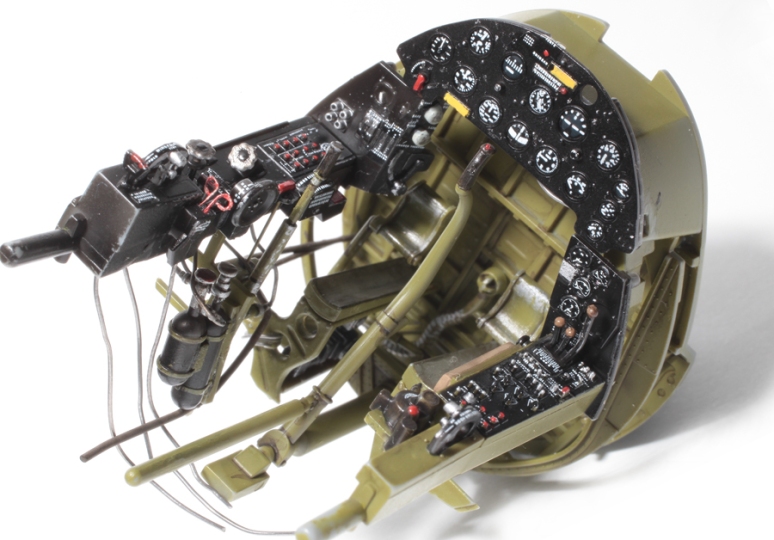 Cockpit with Barracuda’s stencils and placards decal set added. I did use the kit decal for the instrument dials but with a slight variation. The main panel was first painted semi-gloss black then the clear dial face panel was glued in place as per the instructions. Next I cut each dial face from the kit decal sheet and applied them individually to the front of each instrument. Once dry, each dial received a drop of clear gloss. I think this gives a much clearer result than applying them to the back of the clear instrument part. 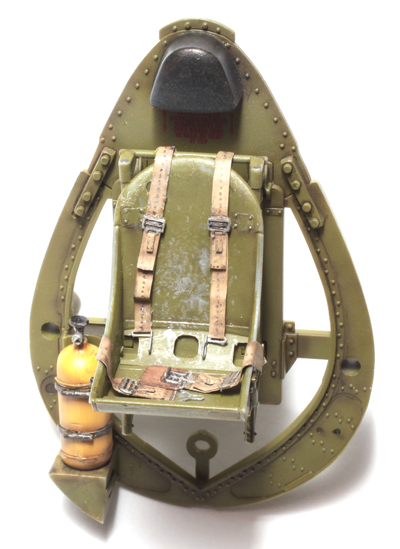 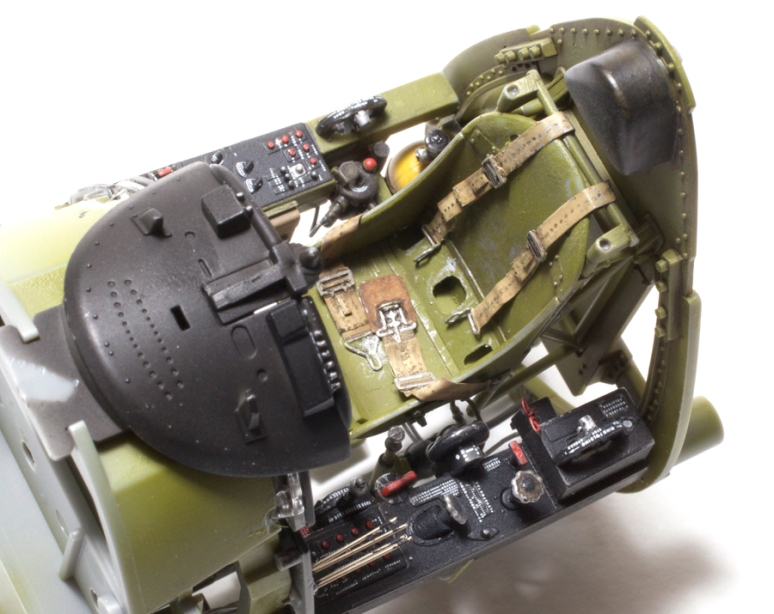 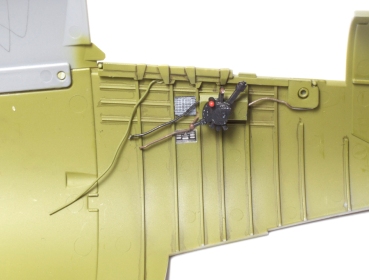 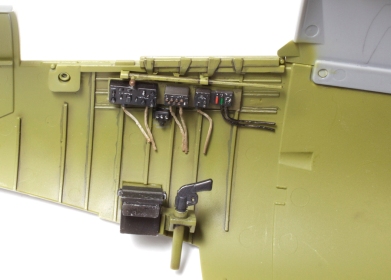 Cockpit sidewalls with a bit of extra wiring. 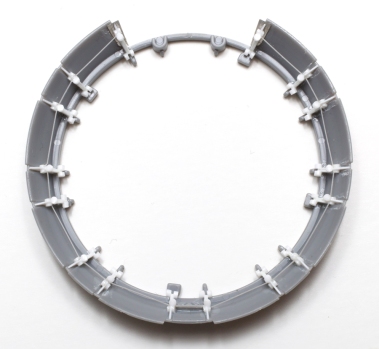 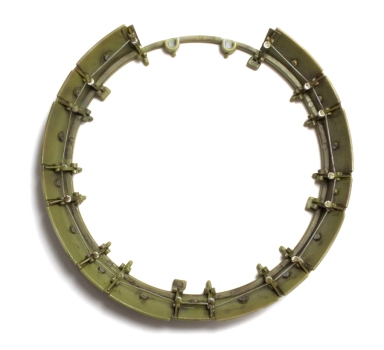 The cowl flap hinge and pulley system was added using bits of plastic card and rod with stretched sprue as the wire. This is nowhere near 100% accurate, but it is quite visible and looks better than nothing. 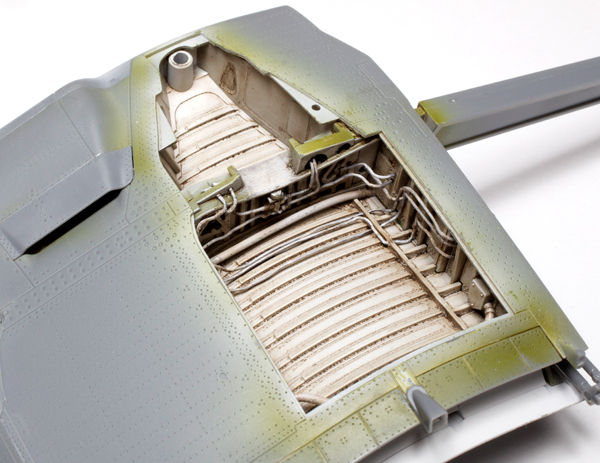 Wheel wells received lots of extra plumbing. This was made using fine solder wire and it is quite complicated, so good reference is essential. 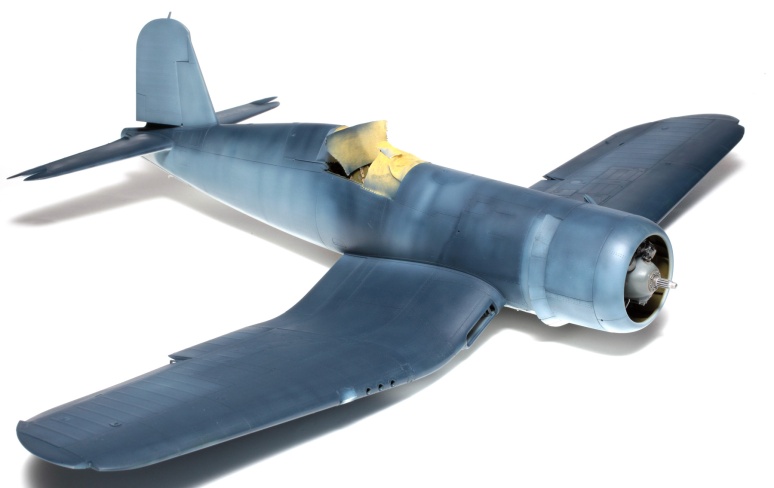 Initial cammo colours on. Notice the fairly uneven spray job around the fuselage in front of the cockpit. This is where the heavy staining from the leaky fuel tanks will be applied. 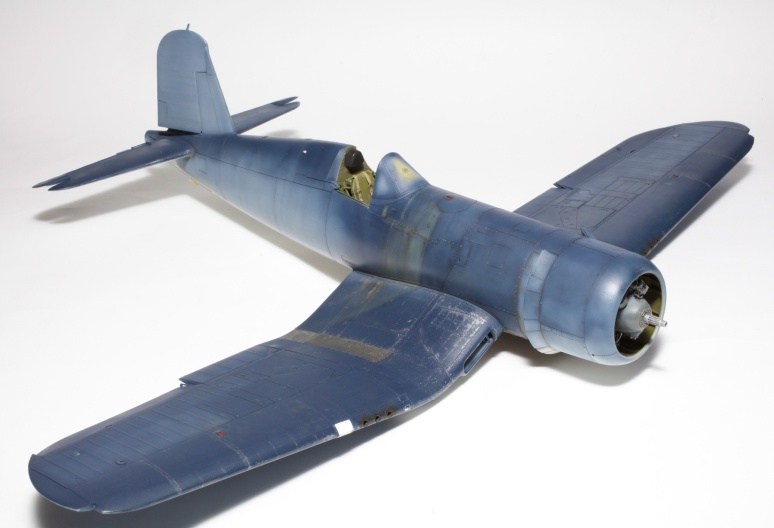 In this shot the weathering is well underway. This includes the fuel stains down both sides of the forward fuselage and across the inner wing, lots of Prismacolor silver pencil paint chipping along rivet lines and where fuel cell sealing tape has been removed, and the general grubbiness across the wings which was achieved by very carefully spraying ‘random’ dirty marks with the same colour used for the fuel stains. This colour is heavily diluted Tamiya XF-59 Desert Yellow. 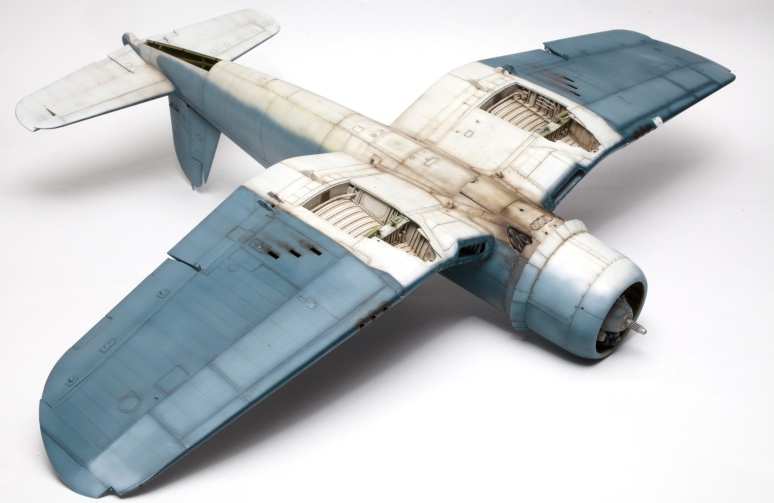 Undersurfaces were fairly heavily weathered as well. Lots of dirt and exhaust stains on lower fuselage. Two shades of intermediate blue were used on the outer wings with some panel lines painted darker navy blue as per some photographic references. 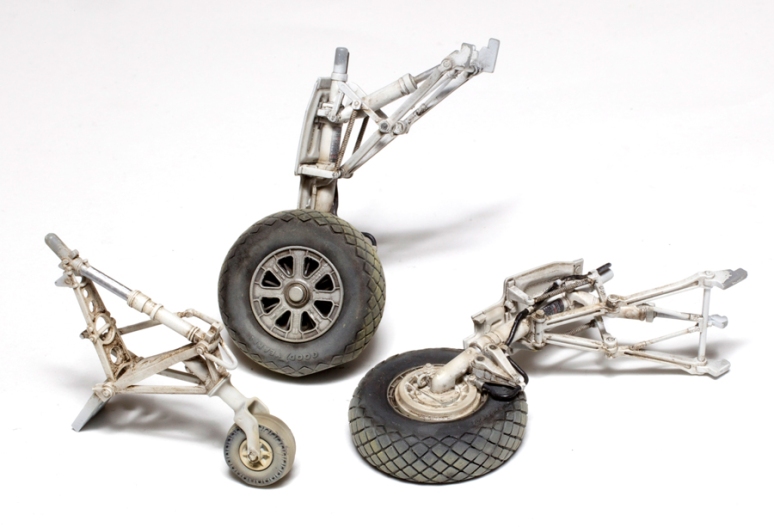 The kit main wheels and tyres were replaced with resin items from Barracuda. The tail wheel assembly was later painted black as per reference. 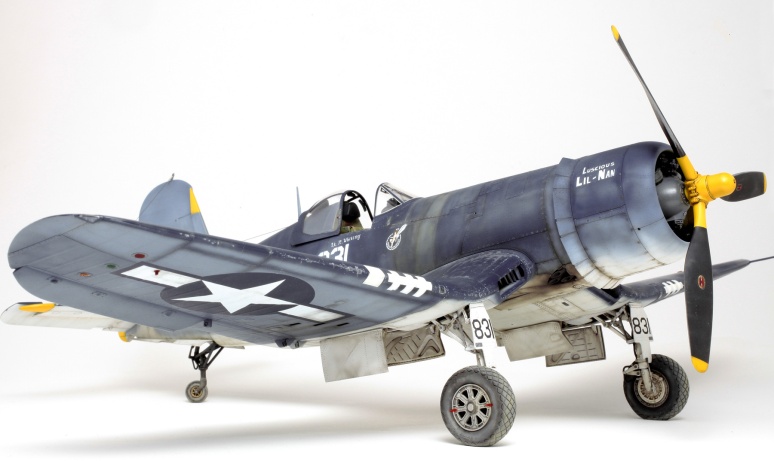 Even though EaglCals instructions indicate that the trim markings on the tail and prop hub of this VMF-321 aircraft are to be white, I’m sure they were yellow. Also during this period  VMF-321 planes carried different pilot and aircraft names on either sides of the cockpit and engine cowling. As the only available photo of this aircraft is of its righthand side,  I chose not to use the duplicate personal markings on its other side as indicated by EagleCal. 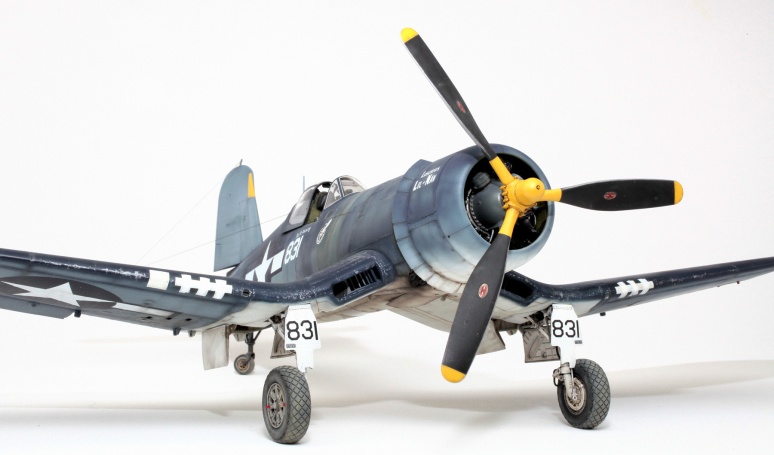 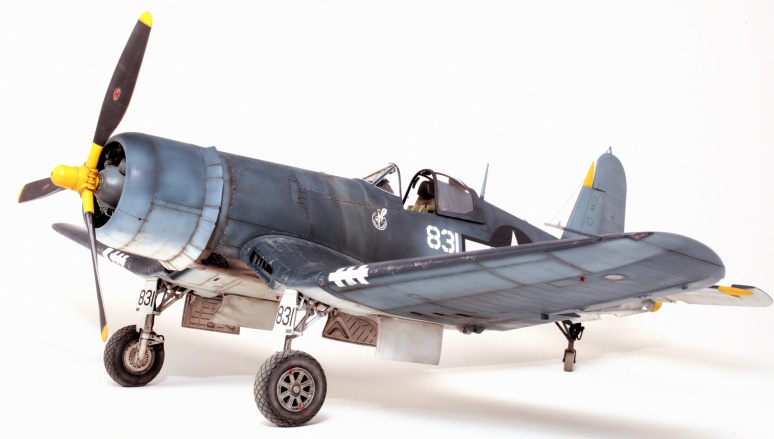 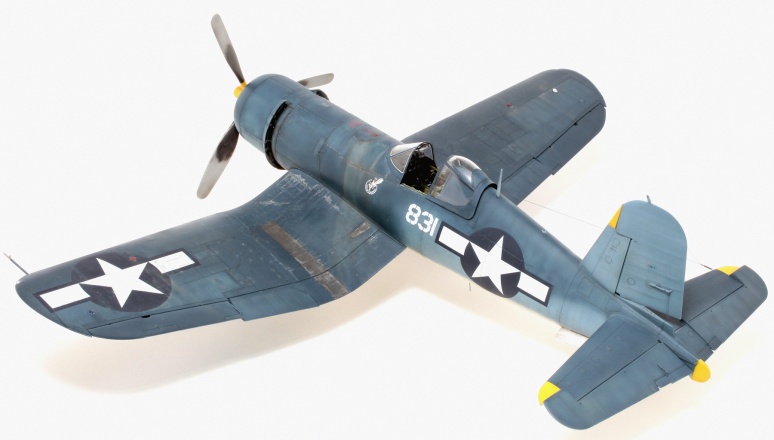 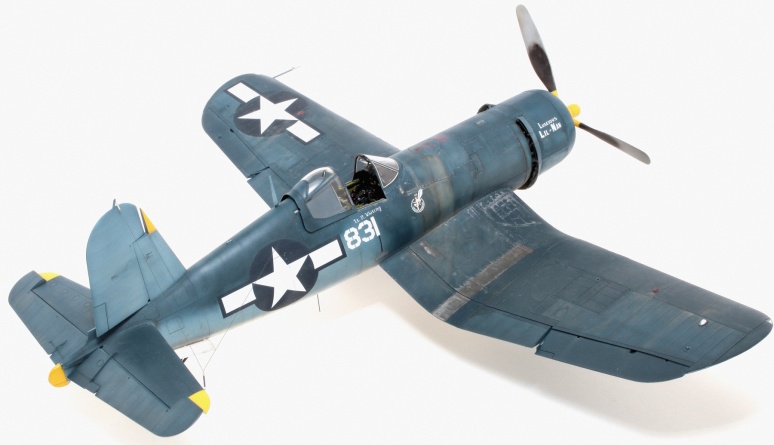 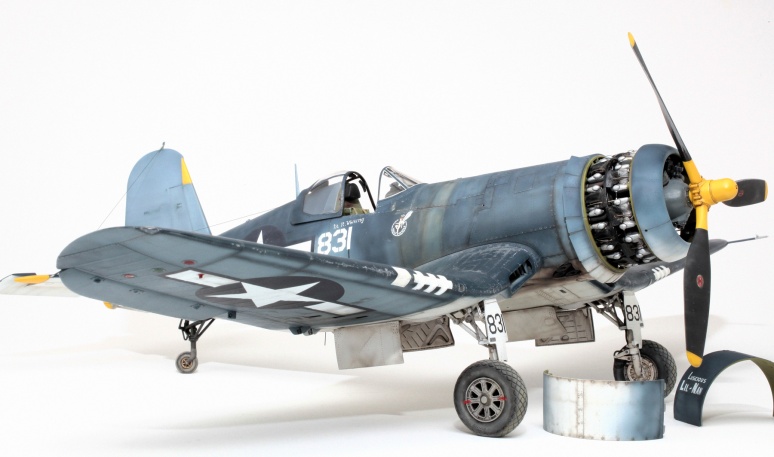