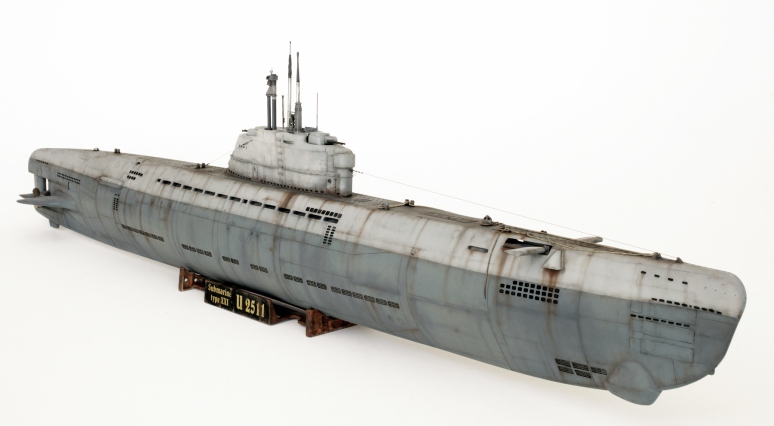 U-2511 was built at the Blohm und Voss shipyards Hamberg and launched on the 2nd of September 1944. She was commissioned on the 29th of September ’44 under the command of Korvettenkapitän Adalbert Schnee. After initial training U-2511 was transferred to Bergen, Norway from where, on the evening of the 30th of April ’45, she set sail for the Caribbean on her one and only patrol. On the 4th of May, with a British cruiser in his sights, Schneer received the end-of-the-war cease fire order. He claimed that he made a practice attack on the British ship before escaping undetected. On the 7th of January 1946, U-2511 was scuttled by the British off the northern coast of Ireland where she still lies, relatively intact, today. 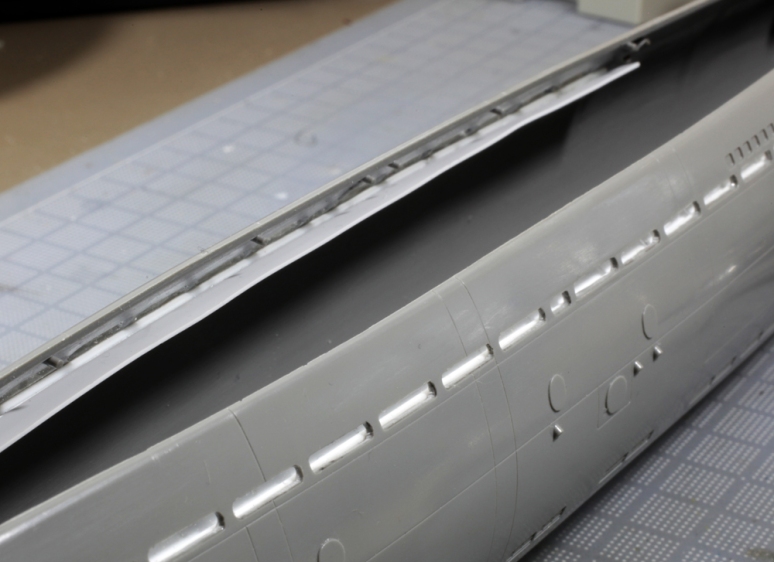 I decided to add as much extra detail as I could in this small scale. This began by cutting out the main ballast vent holes and glueing a strip of styrene card behind them at about a 45 degree angle. 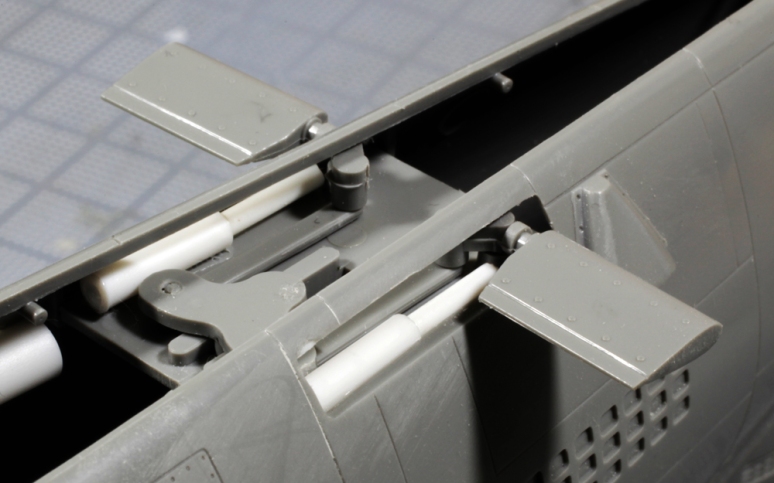 Next, the forward dive plane actuating cylinders were added. These were made using 2.5mm and 1.6mm Evergreen plastic rod. 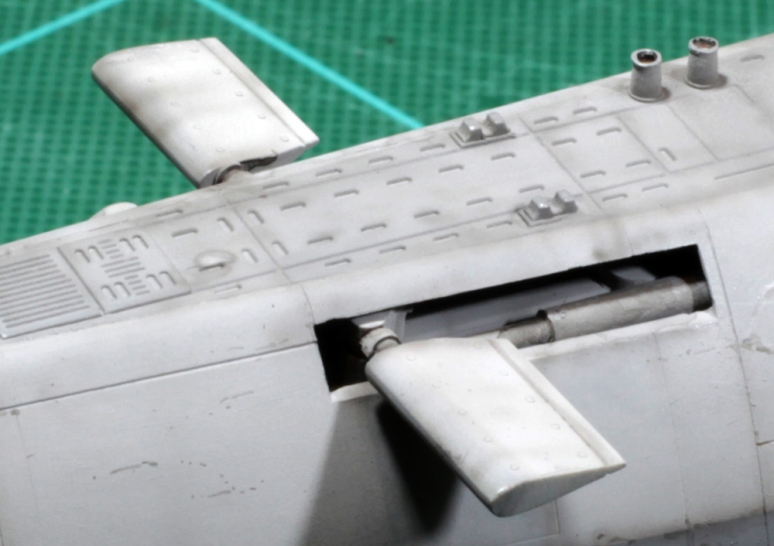 These cylinders are quite visible if the model is displayed with the dive planes extended. Also in this shot can be seen the early detail added to the top of the deck bollards. Handles were added to the hollowed out tops later. 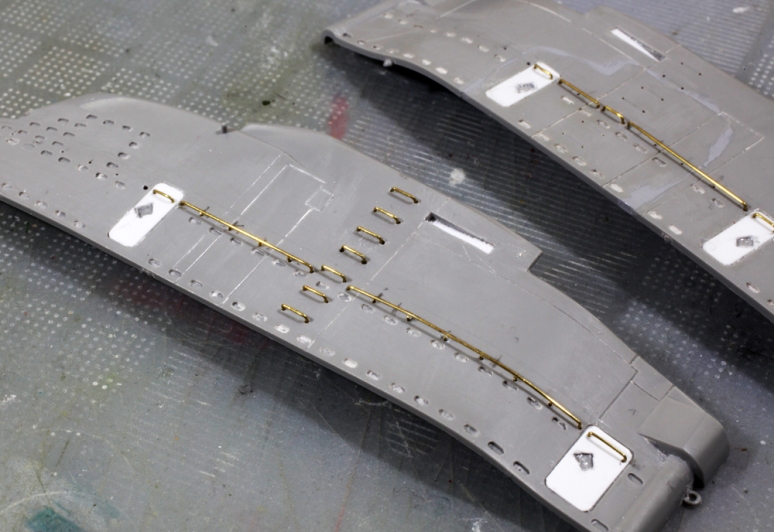 The kit’s solid moulded hand rails and ladder rungs were removed and replaced with 0.3mm brass and copper wire. 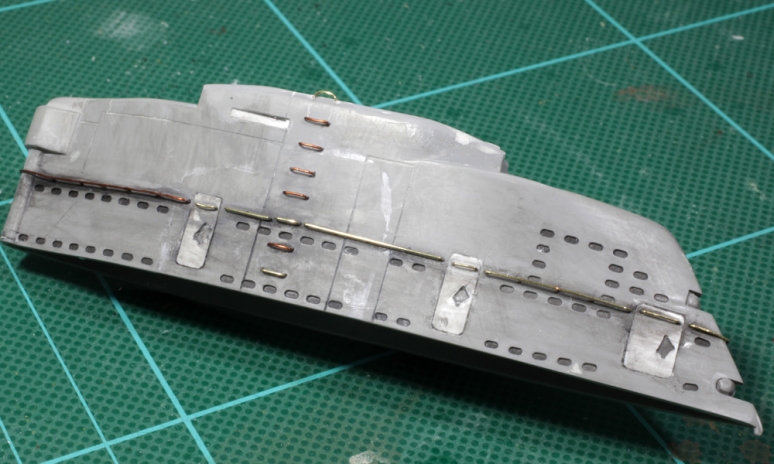 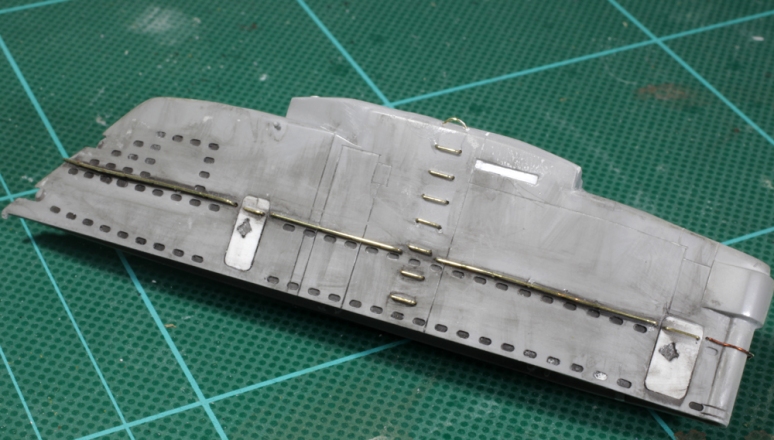 After these photos were taken the row of vent holes directly under the hand rail and the first three rows above the rear section of rail were filled according to my reference. 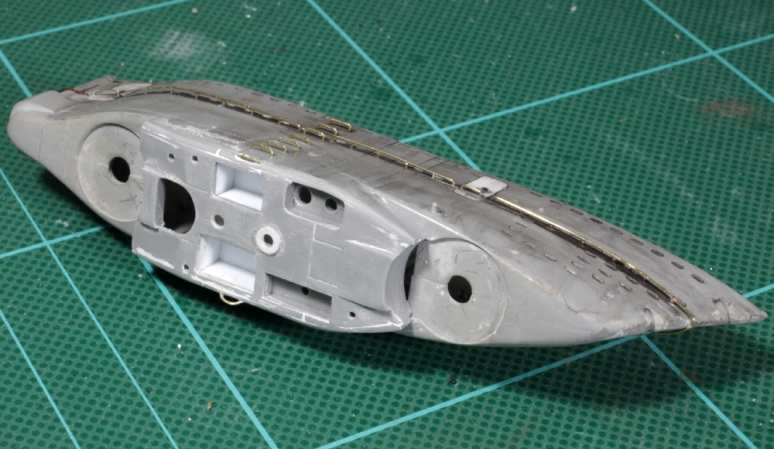 Holes were opened up so periscopes, schnorkel and other detail could be fixed in more realistic positions. 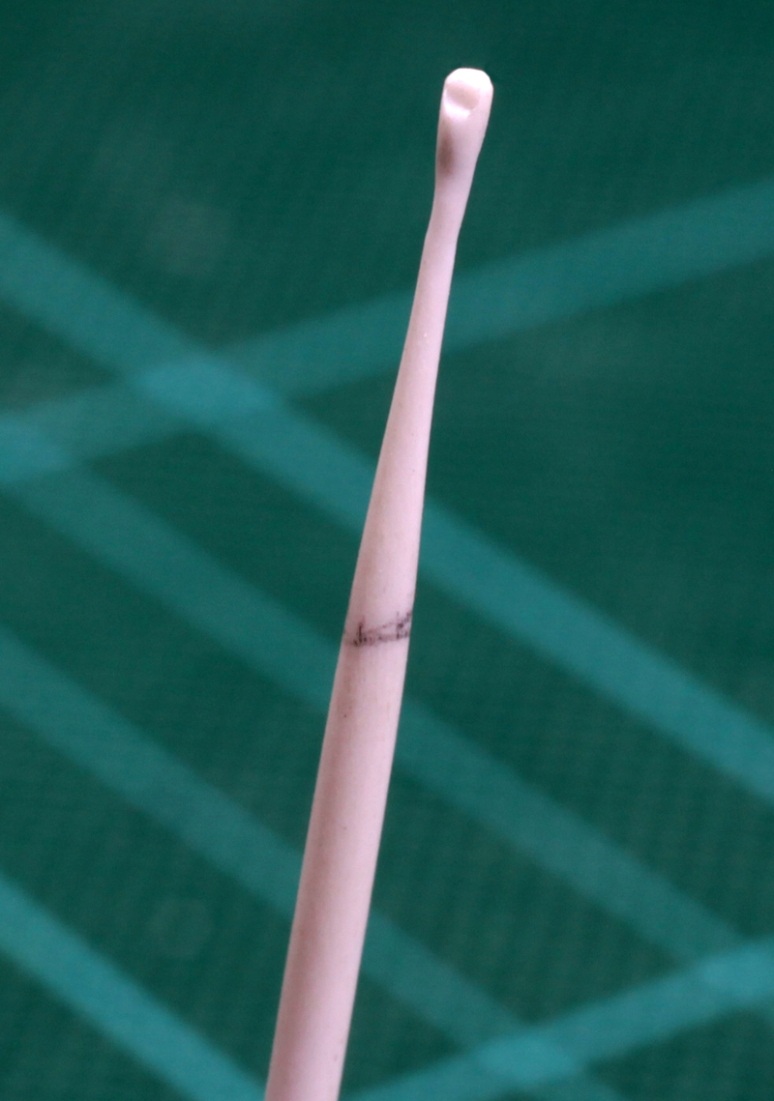 The kit periscopes were replaced with scratch-built items. This is the night periscope made by shaping a piece of 1.6mm Evergreen plastic rod using the grinding stone attachment on my motor tool. 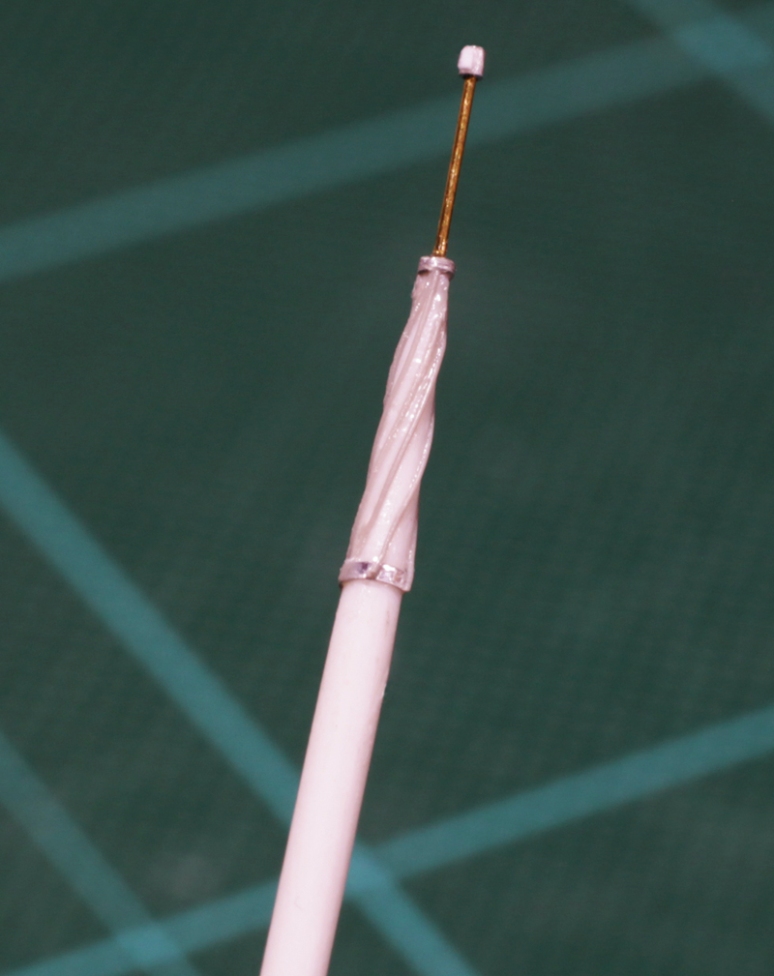 The attack periscope was made using the same 1.6mm rod and detailed with stretched spru and brass wire. 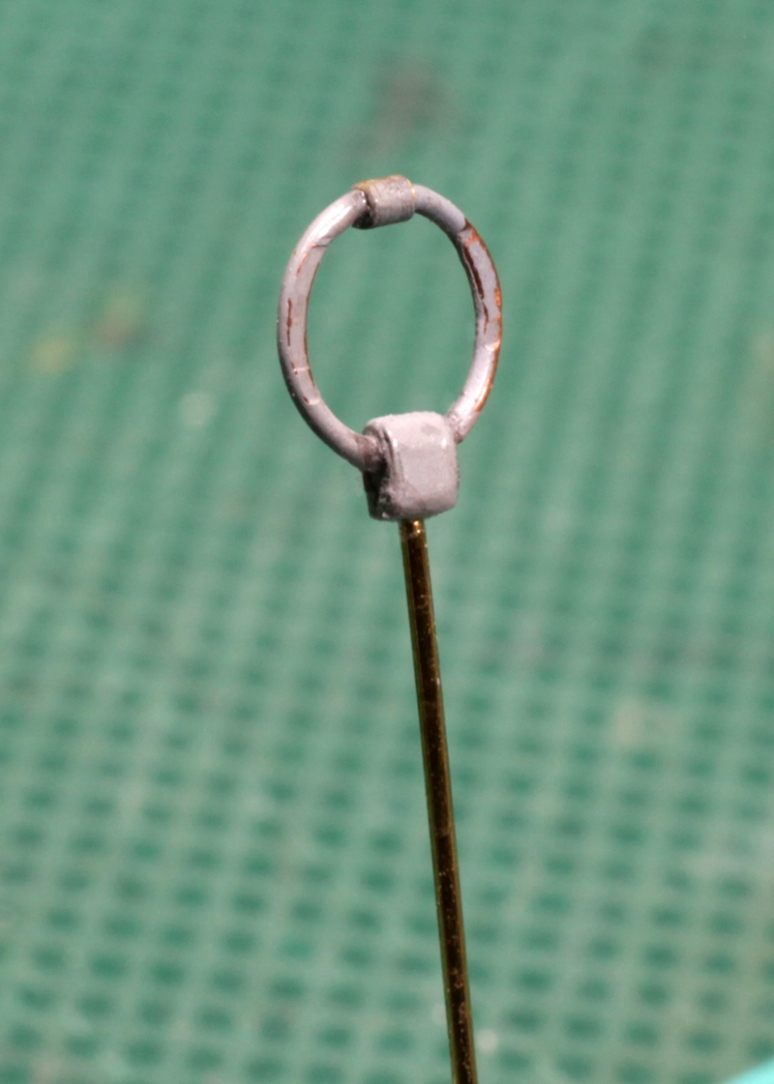 The kit D/F loop was replaced with a scratch-built item made using brass rod and copper wire. 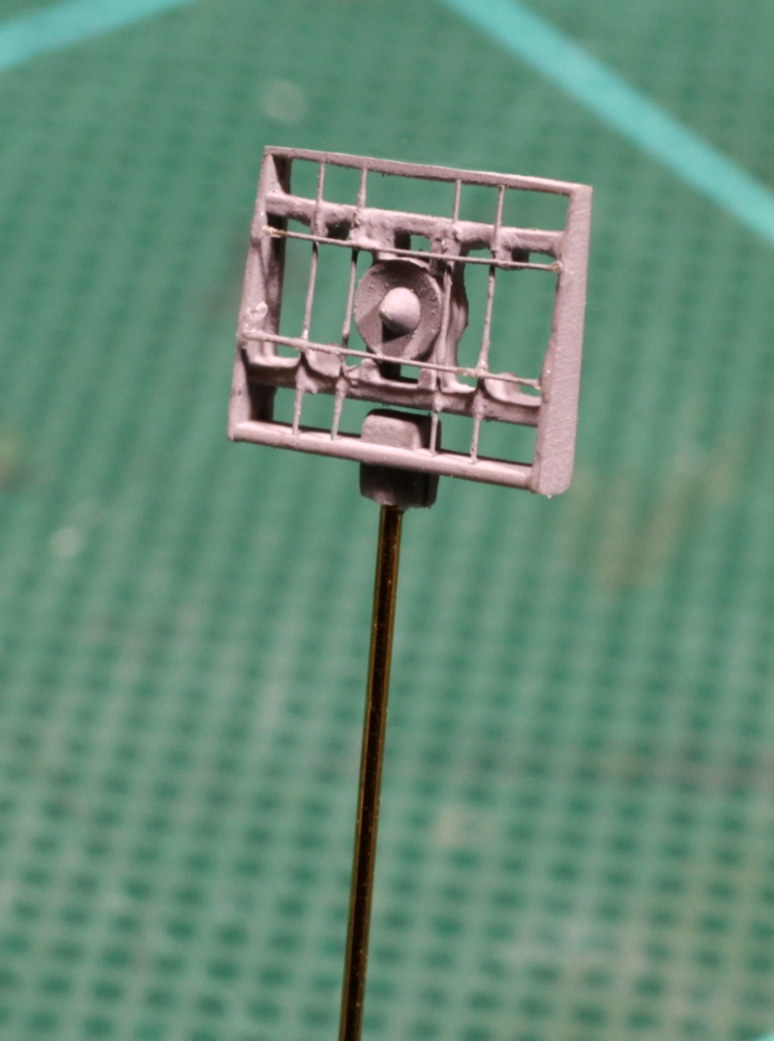 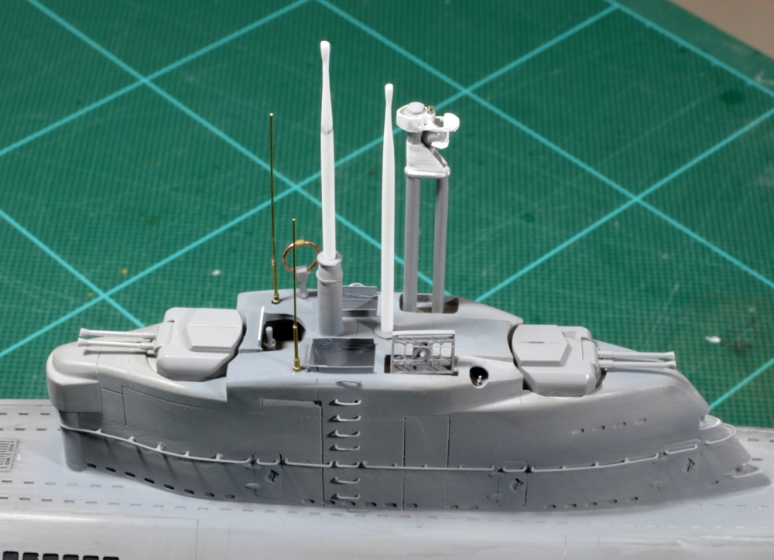 The conning tower with most of the extra detail added. The schnorkel was extensively detailed using plastic card of various gauges and the night periscope housing tube, made out of 3.2mm plastic tube, was added. The kit antenna masts were replaced with items made using telescoping brass tube. After this shot was taken a shaped slot was cut to accommodate the scratch-built D/F loop. 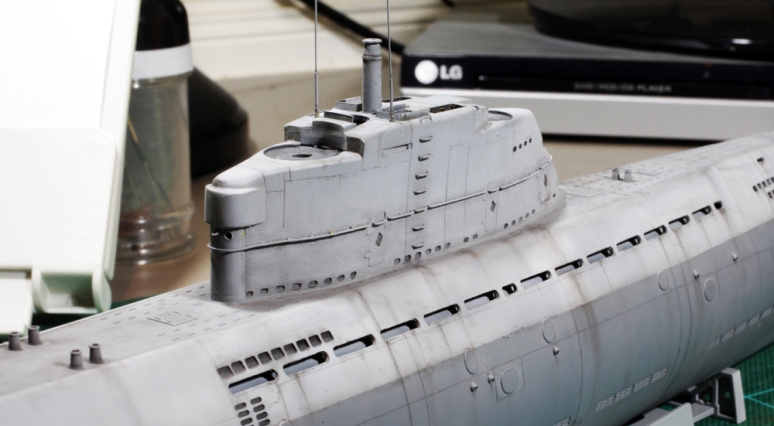 In this shot the sharp edges of the gun turret surround’s rear outer corners can be seen. These were filed and sanded smooth to look more like my reference. 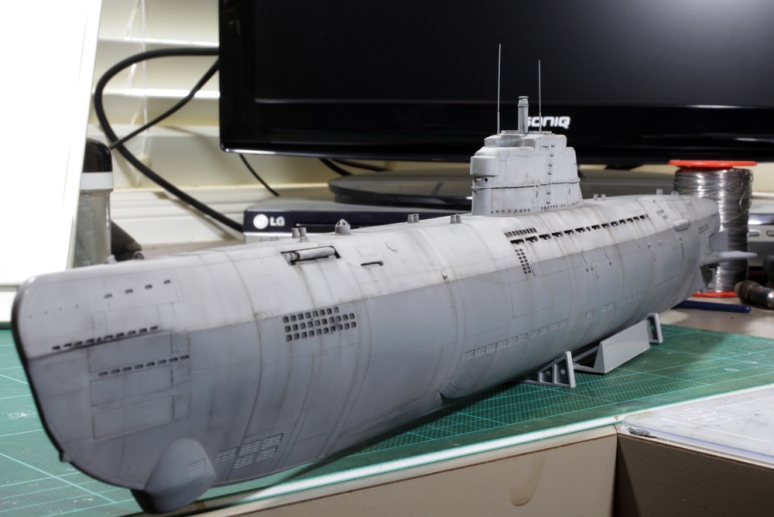 This, and the next shot show the boat’s main colours plus the beginning of the weathering. 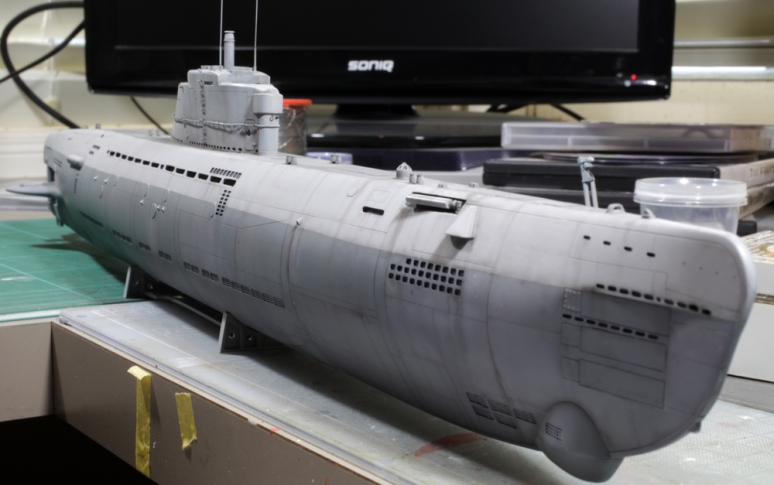 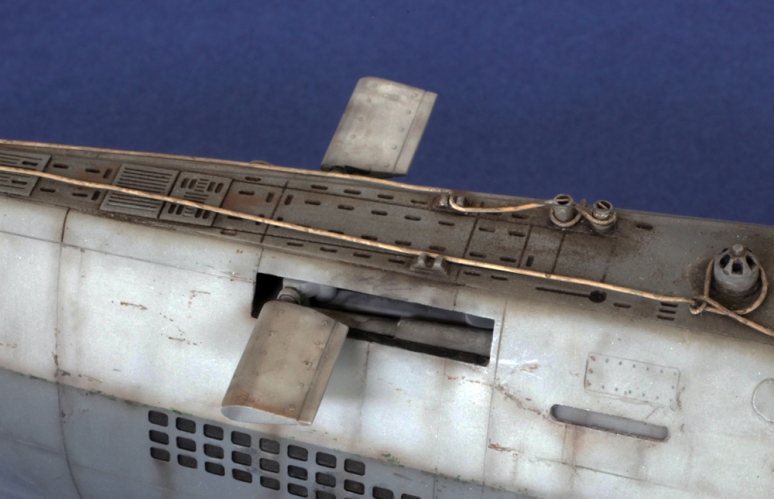 The finished model with mooring ropes added. These ropes are made from fine solder wire. Also note the handles added to the hollow tops of the bollards. 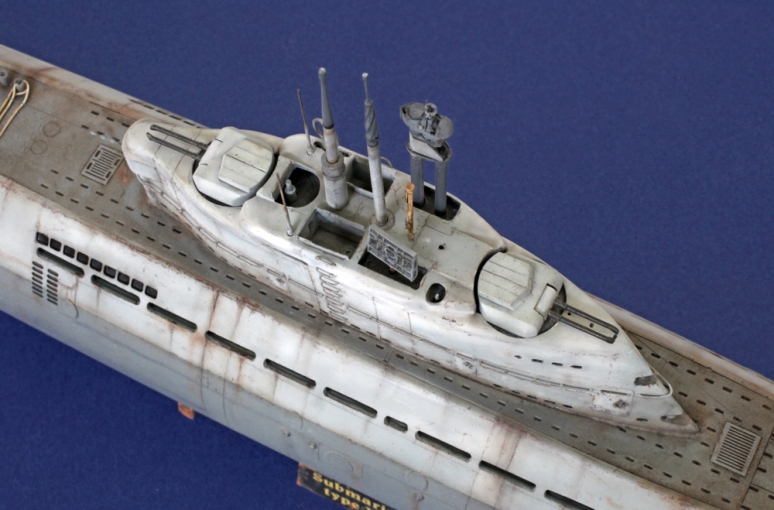 The rounded corners behind the gun turrets can be seen here. Also visible is a flagpole made using Evergreen plastic rod with a stretched spru halyard rope. 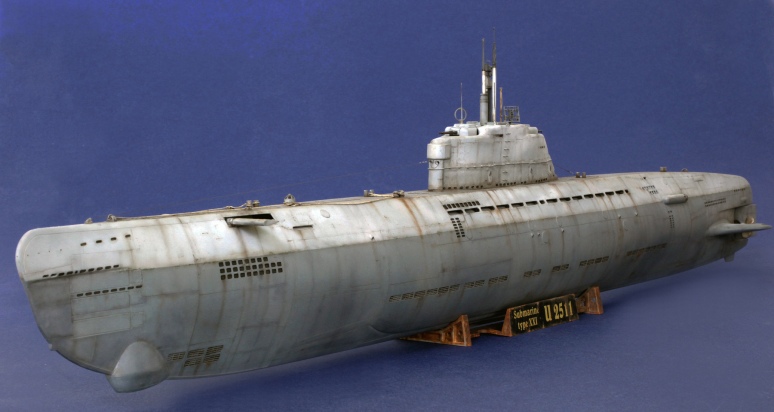 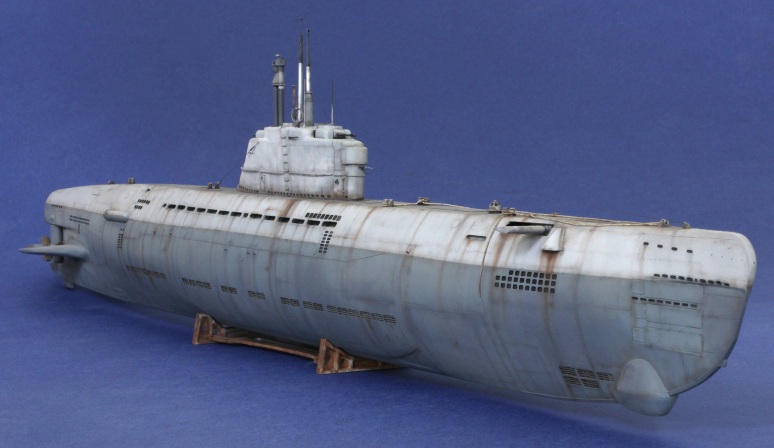 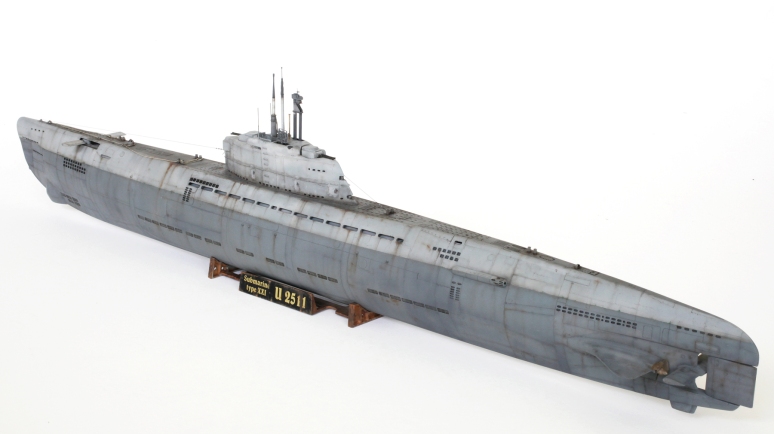 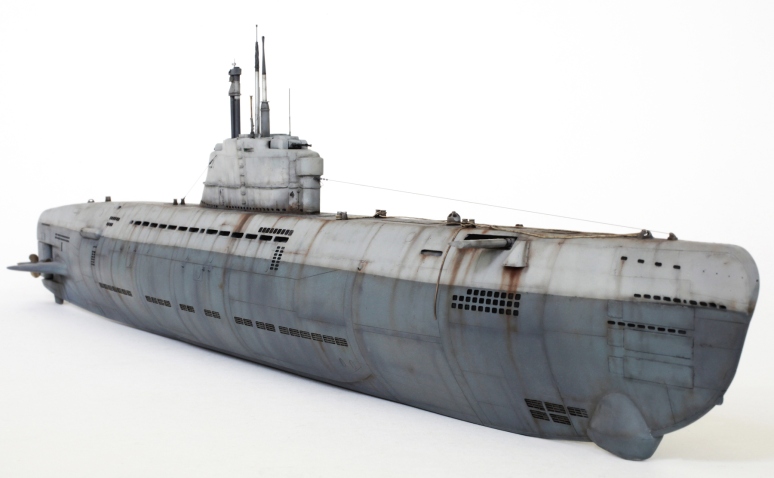 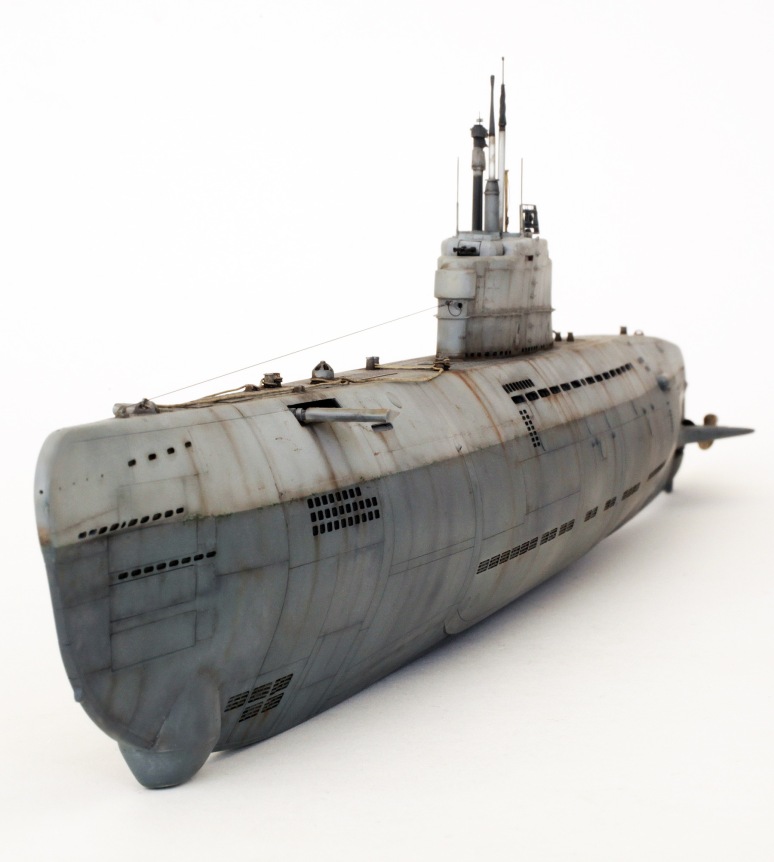 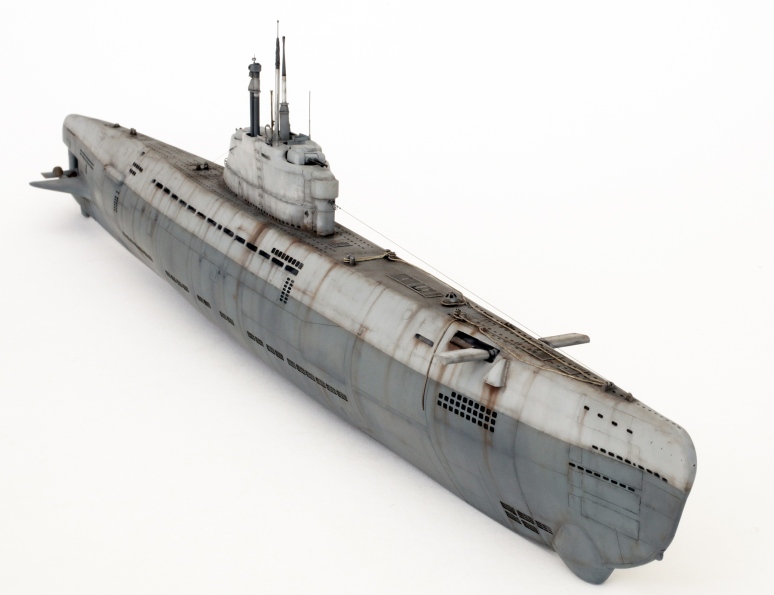