Even if it’s not the first step in the instructions, I usually like to start with the assembly of the engine or, in this case, the engines. This kit provides two very acceptable representations of the DB 603 A twelve-cylinder inverted-vee liquid cooled engine. Even though Zoukei-mura include the completely hidden internal cylinder detail they don’t provide much of the very visible external wiring. The internal cylinders were removed from the front engine before assembly and the resulting cavity was filled with as much lead shot as I could cram in there. Once assembled and painted gloss black with a wash of flat earth, I added the external wiring using fine solder and jewellers wire. Also a small disc was cut from some P/E mesh found in my spares drawer and glued over the supercharger intake.

Very busy under the front engine. This detail will be visible with the cowlings removed.

Rear engine ready for installation. Most of the lower wiring detail was not added because it was never going to be seen. There will be lots of plumbing though.

The ejection seat also received some extra details. These included a new parachute pack behind the headrest, new headrest and backrest padding, a beautiful set of HGW microtextile seat belts and, because I fixed the armrests in the upright position, some mounting detail was added under the armrest supports. The brass mounting clips for the shoulder harnesses were later painted black.

Side consoles with replacement throttle control levers made from Evergreen plastic strip.

Wiring was added to the back of each instrument. This feature will be visible when the model is complete.

Toe straps made from lead foil were added to the rudder pedals. A new oxygen hose was made to replace the short kit part by wrapping solder wire around a copper wire core.

New reflector elements were cut from clear plastic sheet to replace the thick kit offering and a power cable made from solder wire was also added. 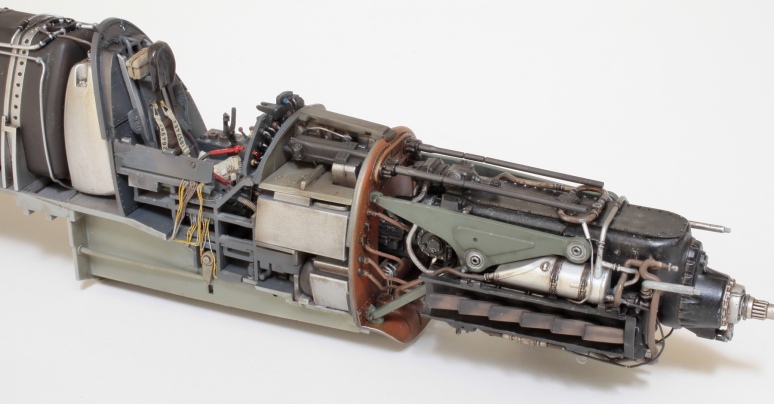 This shot shows wiring added to the starboard cockpit console. Never to be seen again! The guns’ ammo boxes were also packed full of lead shot.

The rear engine firewall with some extra plumbing and wiring.

All its innards in place. To my astonishment everything fitted pretty much perfectly! 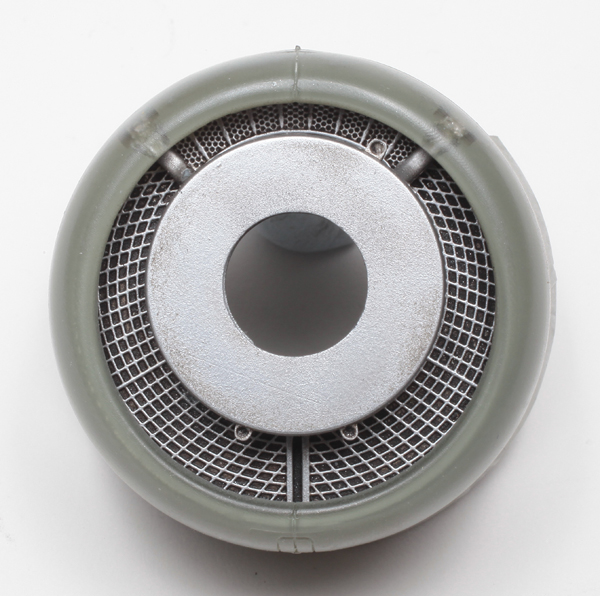 Although not accurate, the radiator detail is still very nice. 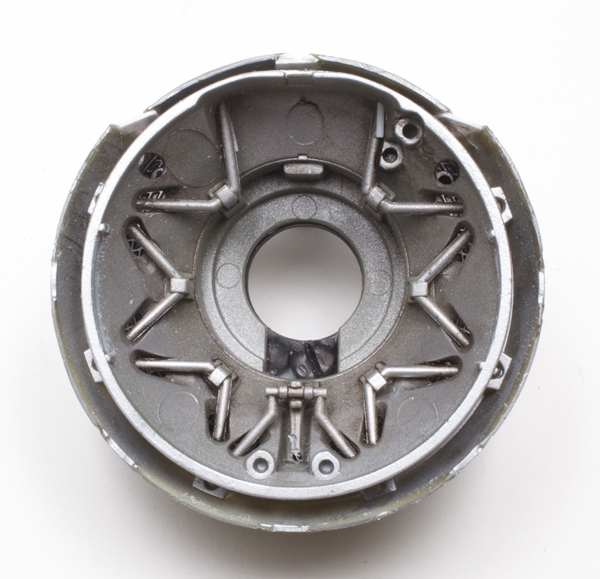 The back of the radiator showing the cooling flap actuator mechanism. 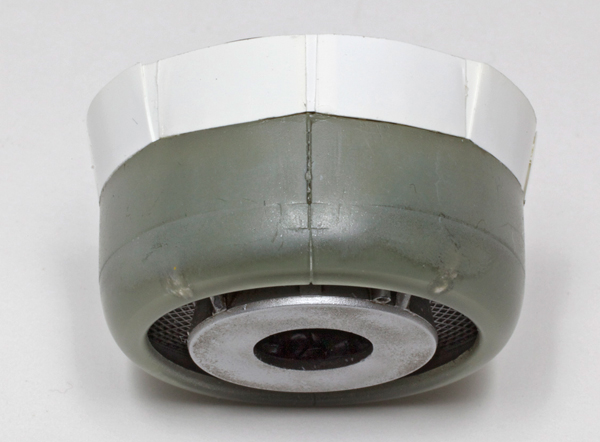 After closer examination I determined that the radiator flaps were completely inaccurate and so replaced them with scratch-built items made from .005″ Evergreen plastic card.

The main elements are now all together. At this point I am going to ask why on earth Zoukei-mura have insisted on moulding the majority of the parts of this kit in a very brittle, frosted semi-transparent plastic. They have also inexplicably moulded the wing mounted landing light cover and navigation light covers out of the same textured plastic!! I was able to polish the larger landing light cover to an acceptable state of clarity but the smaller nav light covers were impossible. 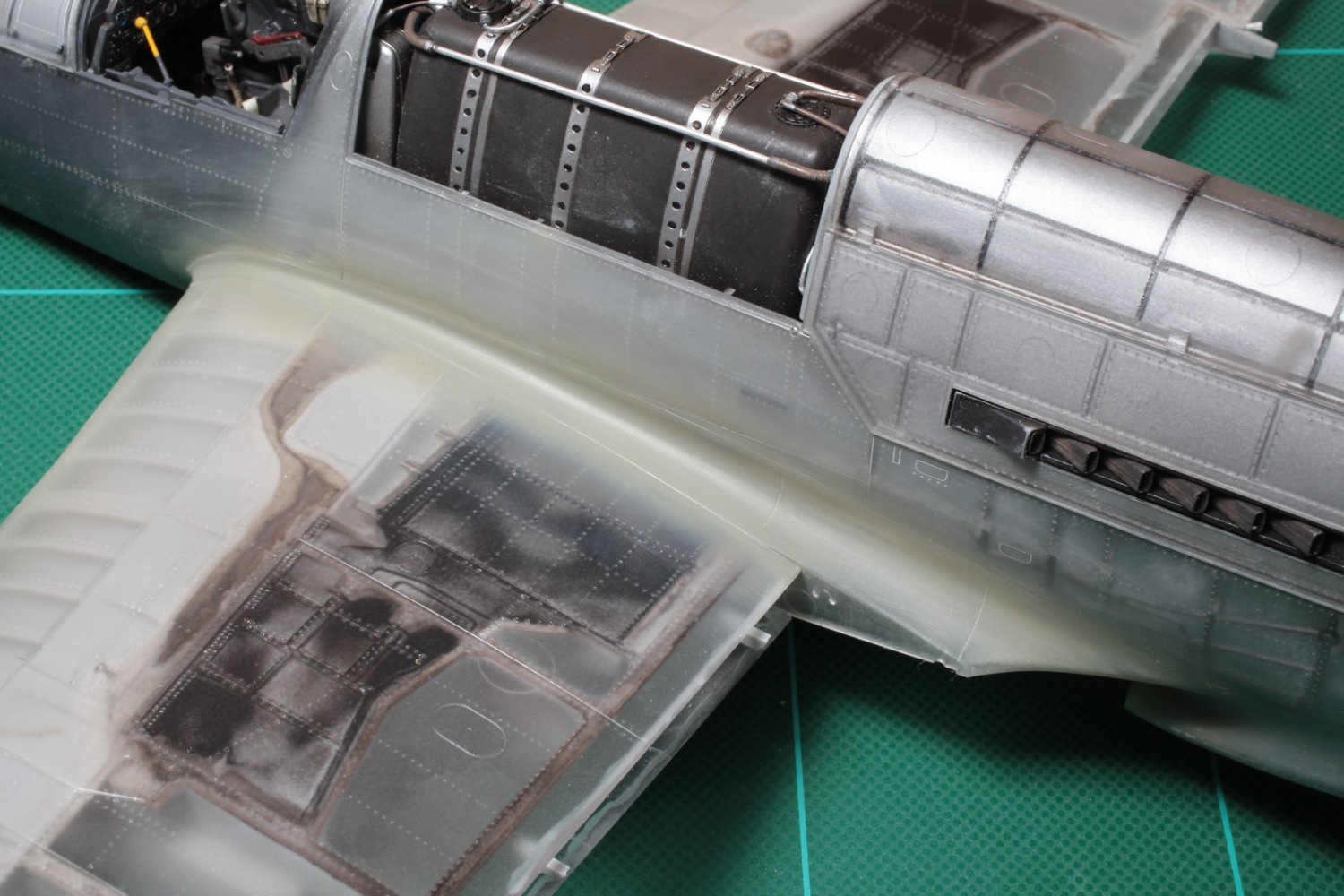 The hardness of this translucent plastic also made the task of applying rivet detail all the more tedious. Fortunately I was after a subtle effect but still had to press very hard to get any result at all. Also, this brittle plastic almost caused a huge disaster when, after applying an oil wash to the silver painted interior of the starboard bomb bay, this large part actually cracked and broke in two! I was initially horrified and dumbstruck, but after closer examination I determined that the break was fairly clean and with aid of Tamiya extra thin cement and lots of super glue I was able to affect a very clean repair. Because of the liberal application of the CA glue to the fuselage interior the bomb bay doors would have to be glued shut.

A new D/F loop was fashioned using a flat strip of spare P/E which was then attached to the base of the original kit part.

Complete fuselage and wings primed and ready for some camouflage. 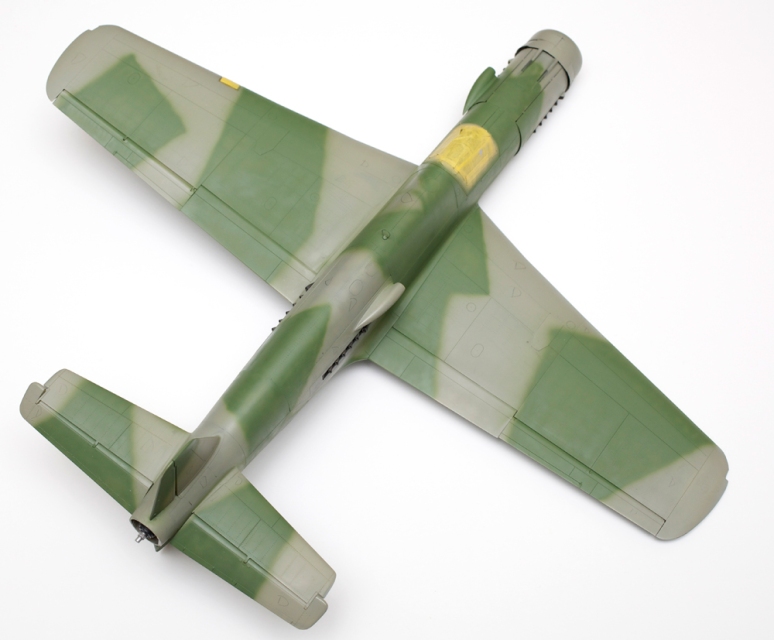 In this shot the undersurfaces have already been painted RLM 76 and the first of the upper surface greens (RLM 82) has been applied.

RLM 81 Brown Violet was next.

Decals have been applied in this shot. The fuselage cross was carefully masked and sprayed to avoid the multiple cuts that would be necessary for the decal to fit over the removable engine covers. 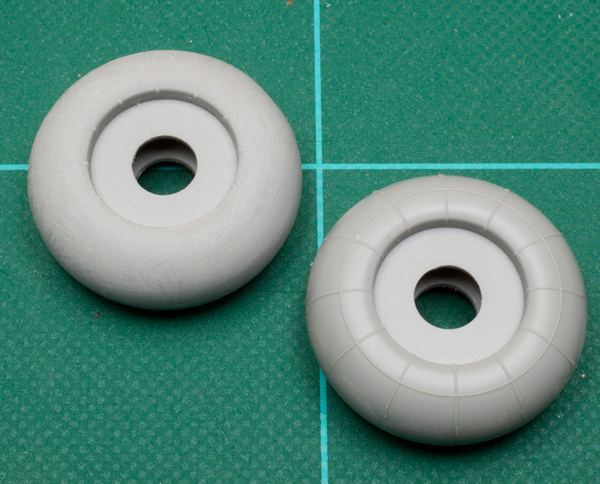 After careful examination of photographic evidence I determined that the tyre tread pattern was usually worn pretty well completely smooth, so the kit tyres were sanded until there was only the vaguest hint of tread left.

The flat moulded plastic catch hooks and air lines on the wheel hubs were replaced with scratch-built items and the tyres have been flat-spotted.

The undercarriage legs are nicely moulded but some extra detail does need to be added. This will take the form of  brake lines on the main legs and hydraulic lines on the nose wheel leg.

Main undercarriage legs firmly glued to their doors with brake lines in place.

The boarding ladder release handle was scratch-built using Evergreen plastic rod and card. The knob on the end was made by building up layers of white glue. The colour is purely speculative.

The kits’ clear plastic pitot tube snapped in half before I could get it off the sprue so I replaced it with a much more accurate item made using Albion Alloys slide fit brass tube. 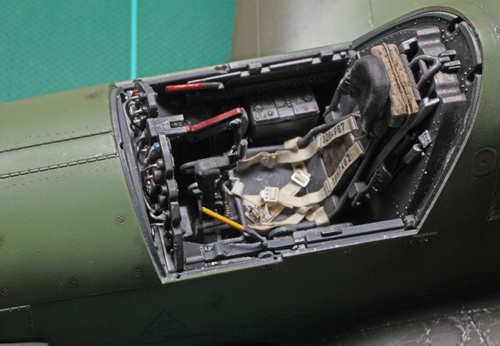 The location holes for the windscreen can be seen here. After closer examination of reference photos, I removed the knobs on the ends of the red canopy release and yellow canopy locking levers. 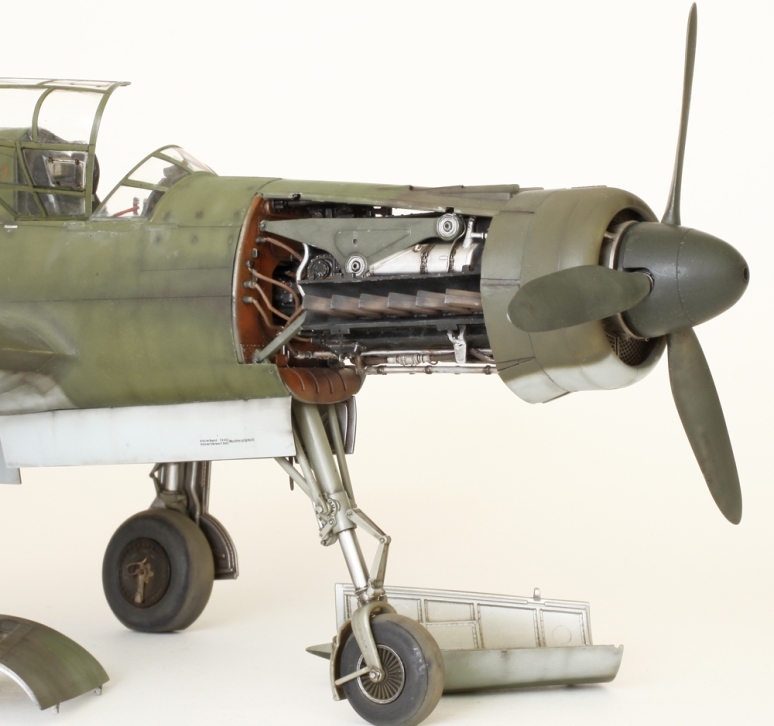 Front and rear engine cowls are all removable and when closed are held in place with small, strategically placed, blobs of Blu-Tack! 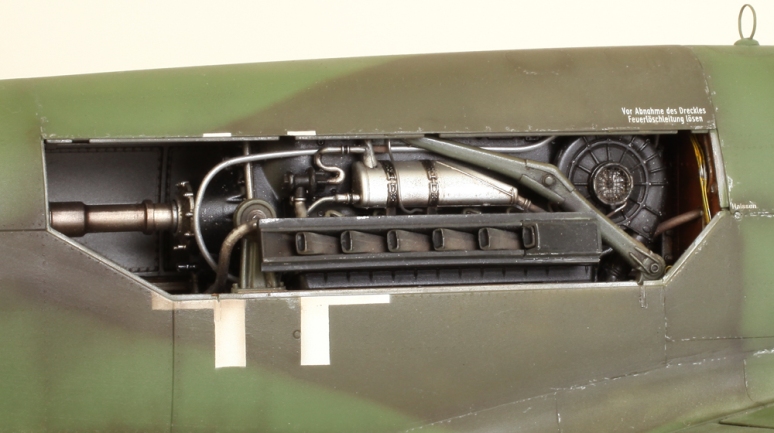 The markings and paint scheme are purely speculative on my part mainly because I wanted to do an example of a Do 335 A-1 but didn’t want to do one with any external bare metal panels because usually any bare metal panels were covered with manufacturer’s stencilling. 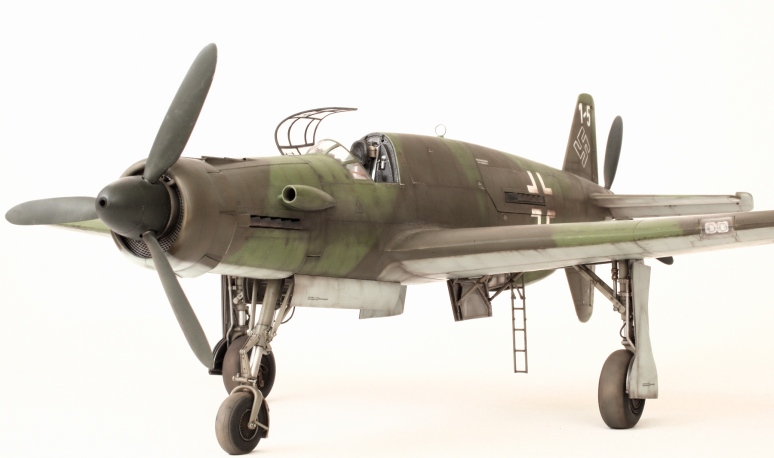