Cockpit parts with some wiring and other detail added prior to painting. Front and rear engine radiators are also included in this shot.

Port cockpit sidewall with a little extra detail and a lot of wiring added.

Starboard cockpit sidewall painted with not so much added detail.

Instrument panel with kit decal dials which have been cut out and added individually.

Seat painted and weathered with the kit-supplied HGW harnesses. The armoured headrest is much too thick and was later replaced with a more accurate, thinner and taller scratch built item. 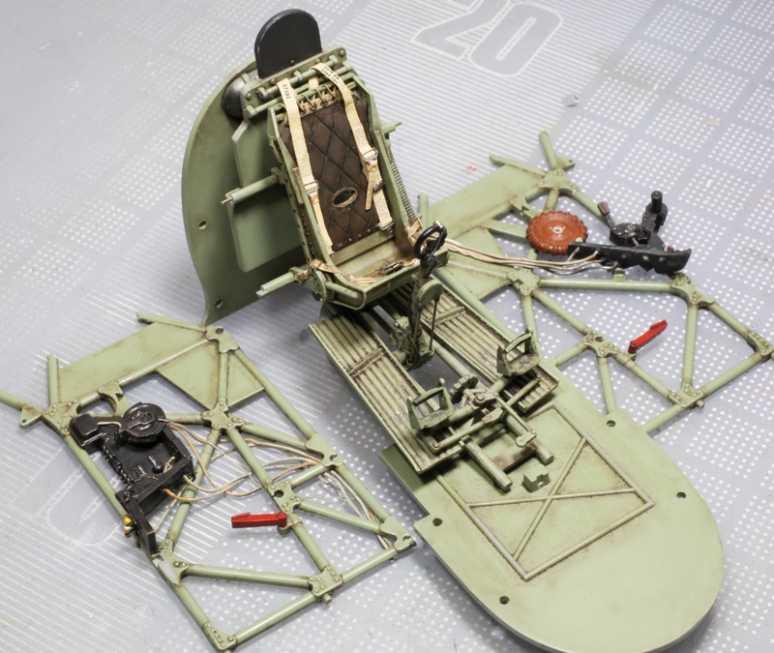 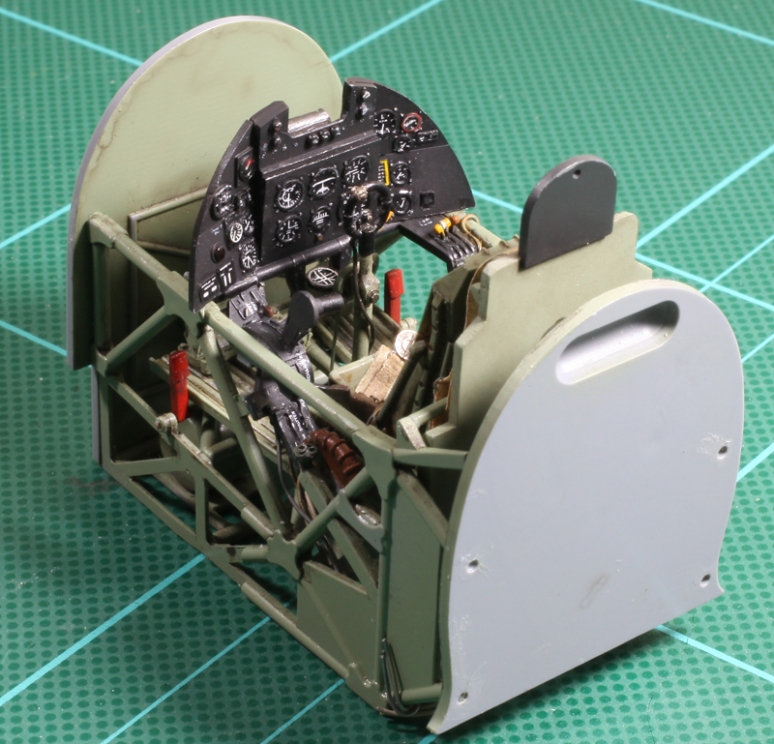 Assembled and waiting to be installed.

Installed. To my surprise and relief, the fit was very good.

A little bit of extra plumbing was added to the wheel wells. There should be a lot more but I did not have enough reference of this feature to do an accurate job.

Undercarriage parts and radiator flap painted, weathered and detailed. There are quite a few more parts for the main gear that are not included in this shot but can be seen in later shots of the completed model. These, along with any other dangly bits, will all be installed when the model has been completed.

Upper surface camouflage has begun. If you look closely you can just see the very light pencil line indicating the colour demarcation and the letter ‘G’ for green in the appropriate areas.

With me weathering always starts on the undersurfaces. As seen previously, the undercarriage doors and radiator flap were painted and weathered separately. 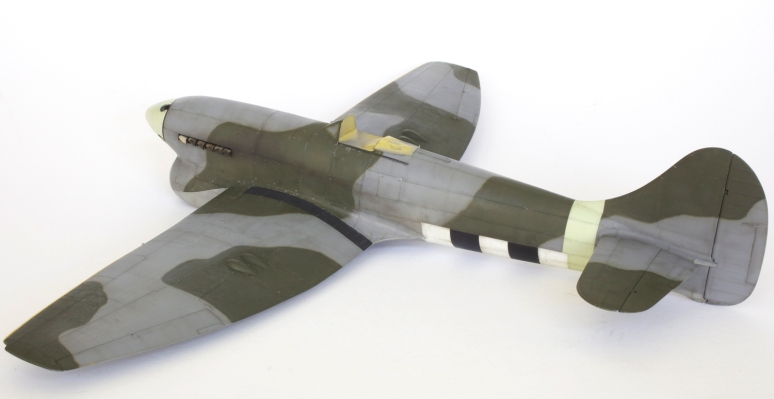 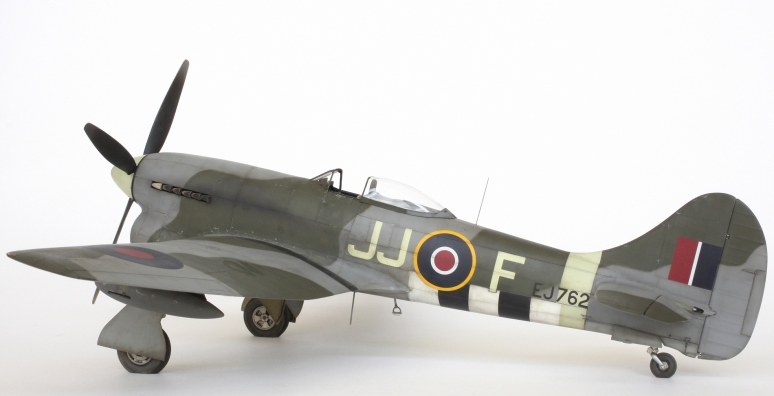 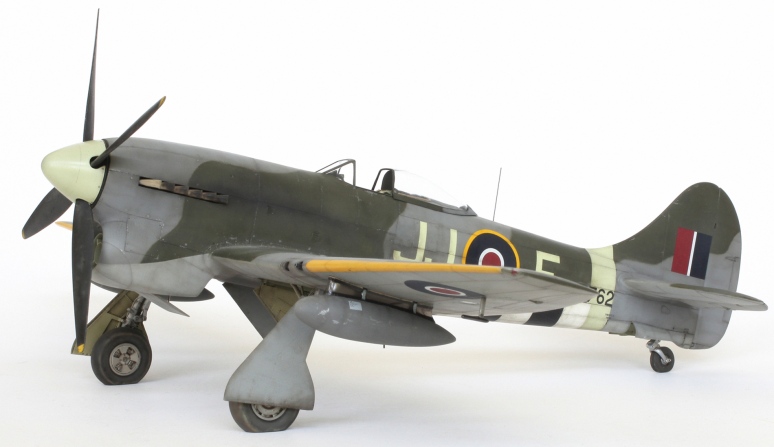 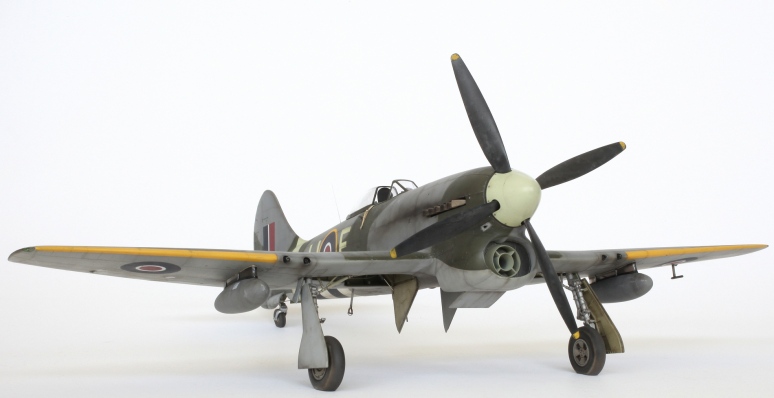 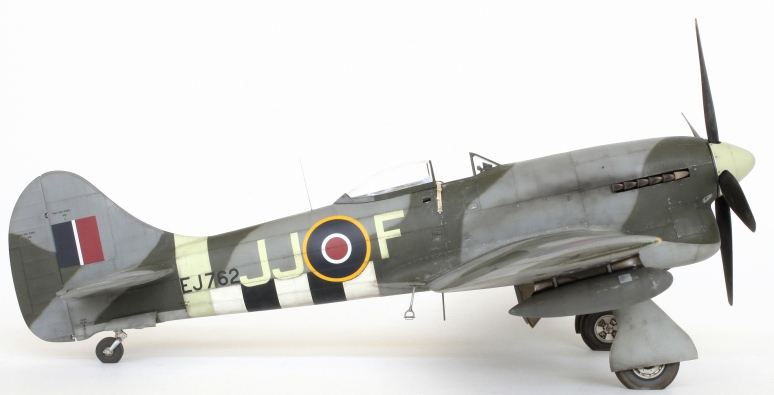 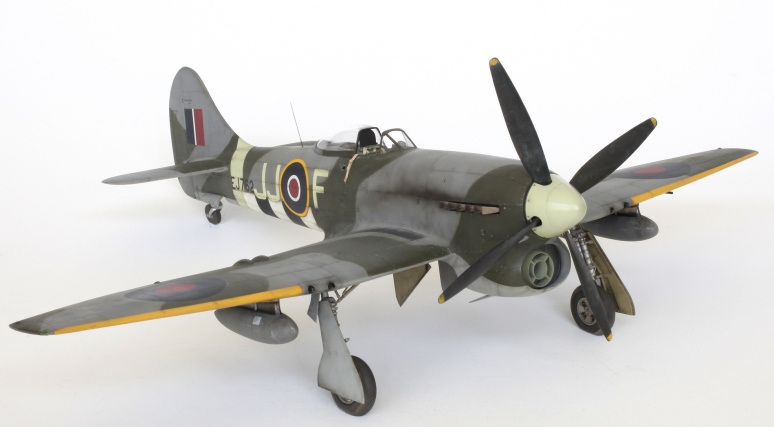