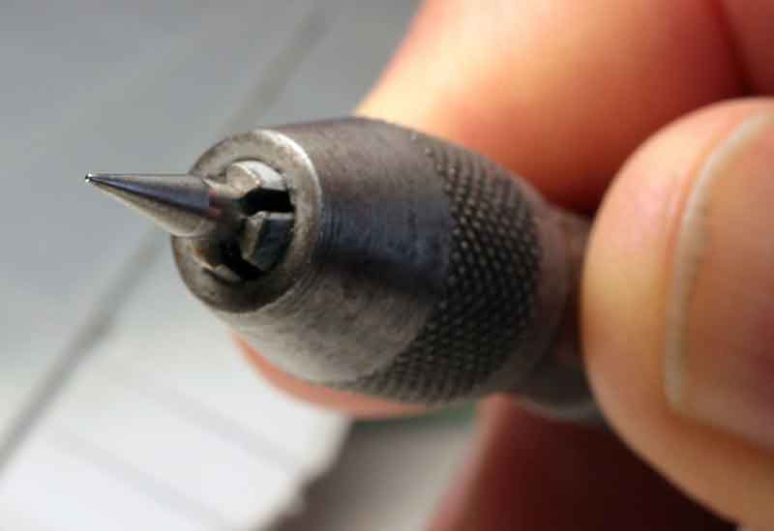 After some filling and re-scribing the first major job undertaken was to add the rivet detail. This was achieved with the aid of lots of Dymo tape as a straight edge, this MDC rivet punch and a good set of scale drawings.

With the scale drawings as a guide, and using a small metal ruler and graphite pencil, the start and end points of the rivet lines were marked out as accurately as possible. An appropriate length of the adhesive Dymo tape was then stuck between the pencil marks and using the rivet punch, the lines of rivets were carefully pressed into the plastic. The spacing between each rivet is done purely by eye and therefore is not 100% accurate but with practice (and I’ve had lots) it becomes fairly automatic and the result quite acceptable.

In this shot of the left fuselage half, as well as rivets, you can also see some of the detail that has been filled using Milliput.

The extra effort taken in adding the rivet detail is time consuming but the result, although subtle, makes a big difference to the overall look and surface texture of the finished model.

In this shot of the almost complete cockpit tub can be seen the canopy guide rails which were added using Evergreen plastic strip. 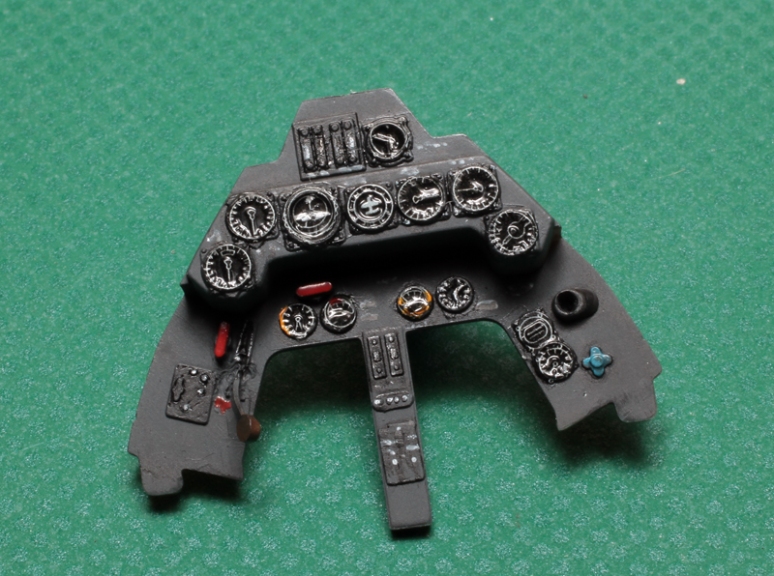 Each instrument dial was cut from the kit decal sheet and applied individually. Fiddly, but with these tired old eyes it’s a lot easier than painting ’em! 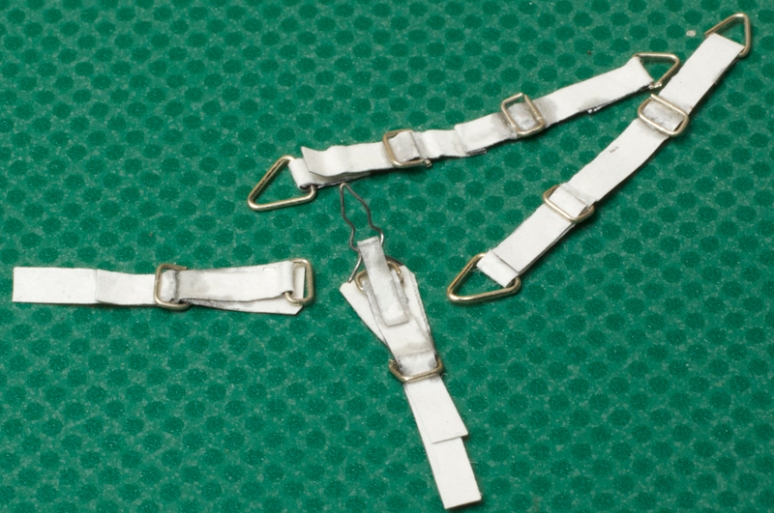 Safety harnesses were made from paper-backed lead foil and fine wire bent to shape to form the buckles. 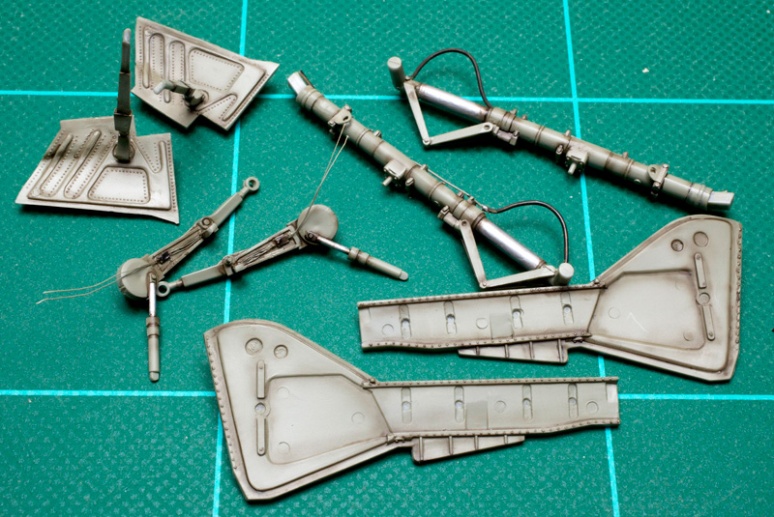 The yellow theatre markings and RLM 02 in the wheel wells and flaps were painted first and then masked off with Tamiya masking tape before the main camouflage colours were applied. In this shot the masking has been removed from the wing tips and wheel wells.

Upper surface colour application begins with the lighter of the two greens. This is my own field mix of RLM 71 Dark Green with about 30% RLM 82 Light Green to try and represent the improvised colour used by the JG 54 ground crews.

RLM 70 Black Green was used as the second colour for the upper surface camouflage. Masking tape has now been removed from all yellow theatre markings. 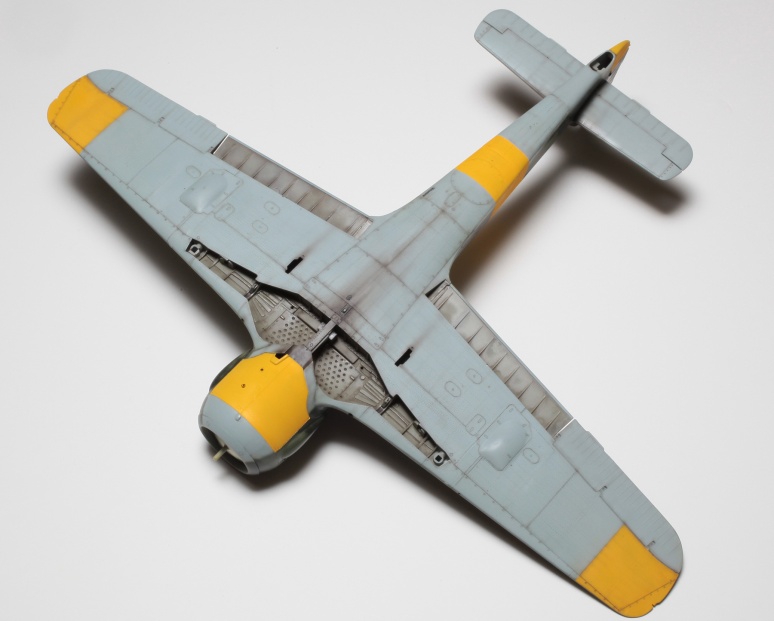 With all camouflage colours applied, masking tape removed and panel lines drawn in with a very sharp 6B pencil, weathering has begun. 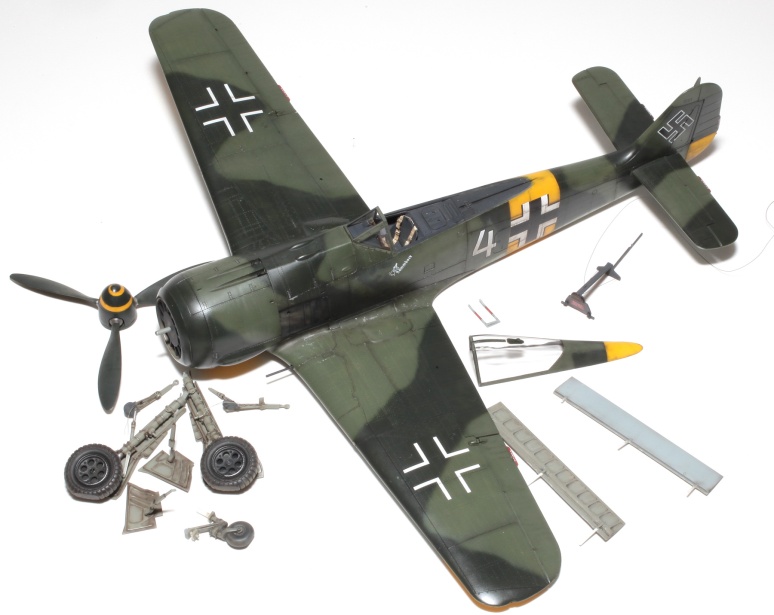 With all painting and weathering complete the model is just waiting for the installation of all its dangly bits.

In this and the next close-up shot you can see how the rivets just show through the paint. 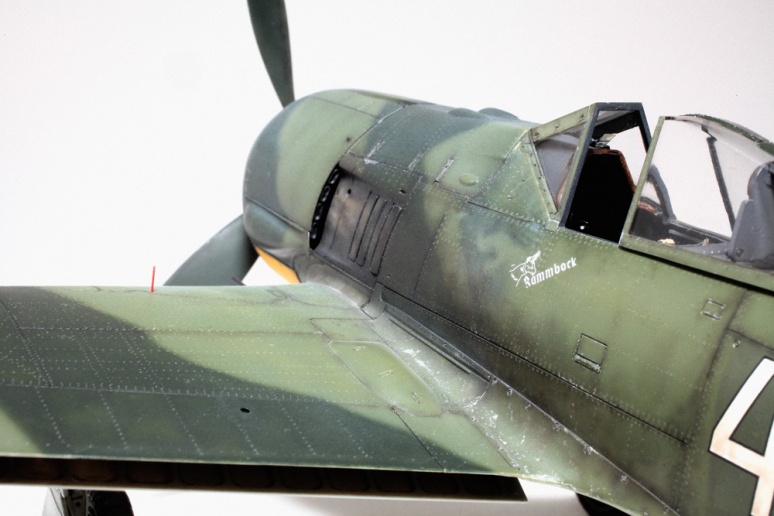 All the paint chips were carefully applied using a very sharp Prismacolor silver pencil. The light exhaust staining was achieved by first spraying Tamiya XF 57 Buff and then a patchy overspray of a very thin mix of Tamiya Red Brown and Flat Black. This colour was also used for the main, darker exhaust staining down the fuselage sides and the build-up along panel lines where appropriate.

The spiral on the spinner was carefully brush painted.

Nylon mono filament was used for the radio antenna with small drops of white glue for the insulators. The backs of the prop blades were first painted silver and then over-sprayed with RLM 70 leaving the tips silver.

The yellow markings were also dirtied up using the black/brown mix.