Instrument panel with kit decals. Each instrument dial on the kit decal was carefully cut out and applied separately. The clear reflector element and solid side panels of the N-3A gunsight were replaced with clear cell and plastic card.

Cockpit elements painted and ready to be assembled. The U.S. safety harness is from HGW and probably should be a Sutton Harness as used by the RAF. But this is what I was supplied with and I figure that these aircraft were probably delivered fitted with these belts. 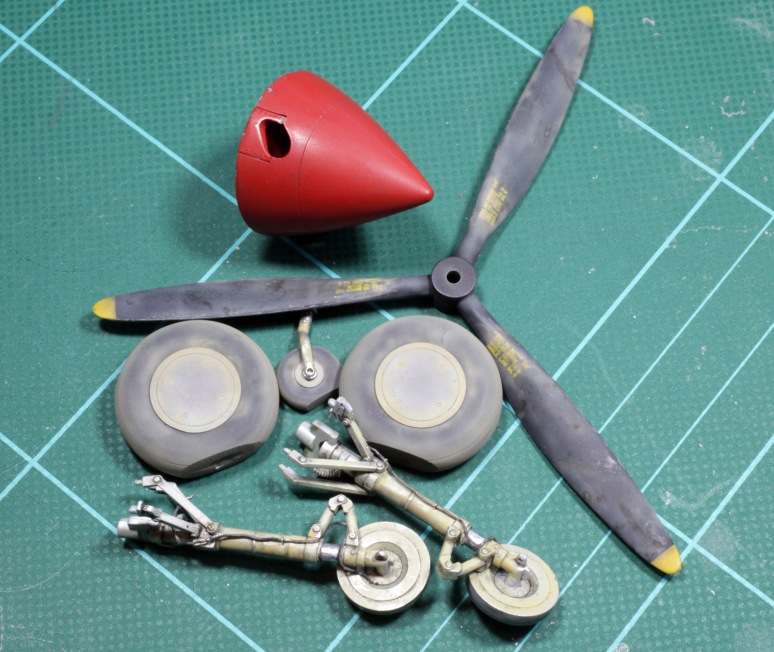 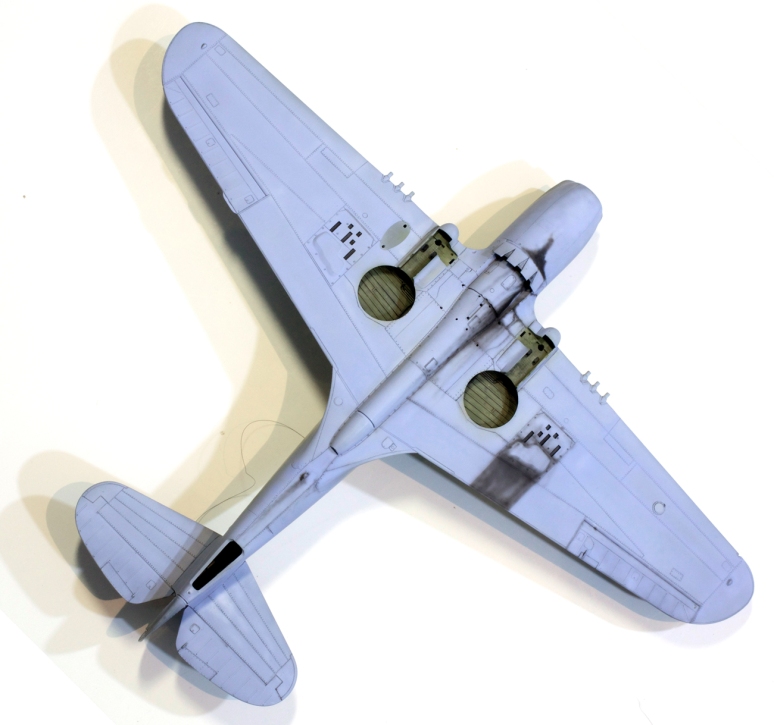 Undersurface Azure blue is my own mix and isn’t quite as intense as it appears in this photo. Weathering has begun here as well.

Gunze Sangyo H72 Dark Earth and H71 Middle Stone were used for the upper surface colours. Weathering has also begun along panel lines, wing roots and around the gun ports.

Lots of oil leaks and gun dust as per reference were added using the airbrush and my black/brown mix. 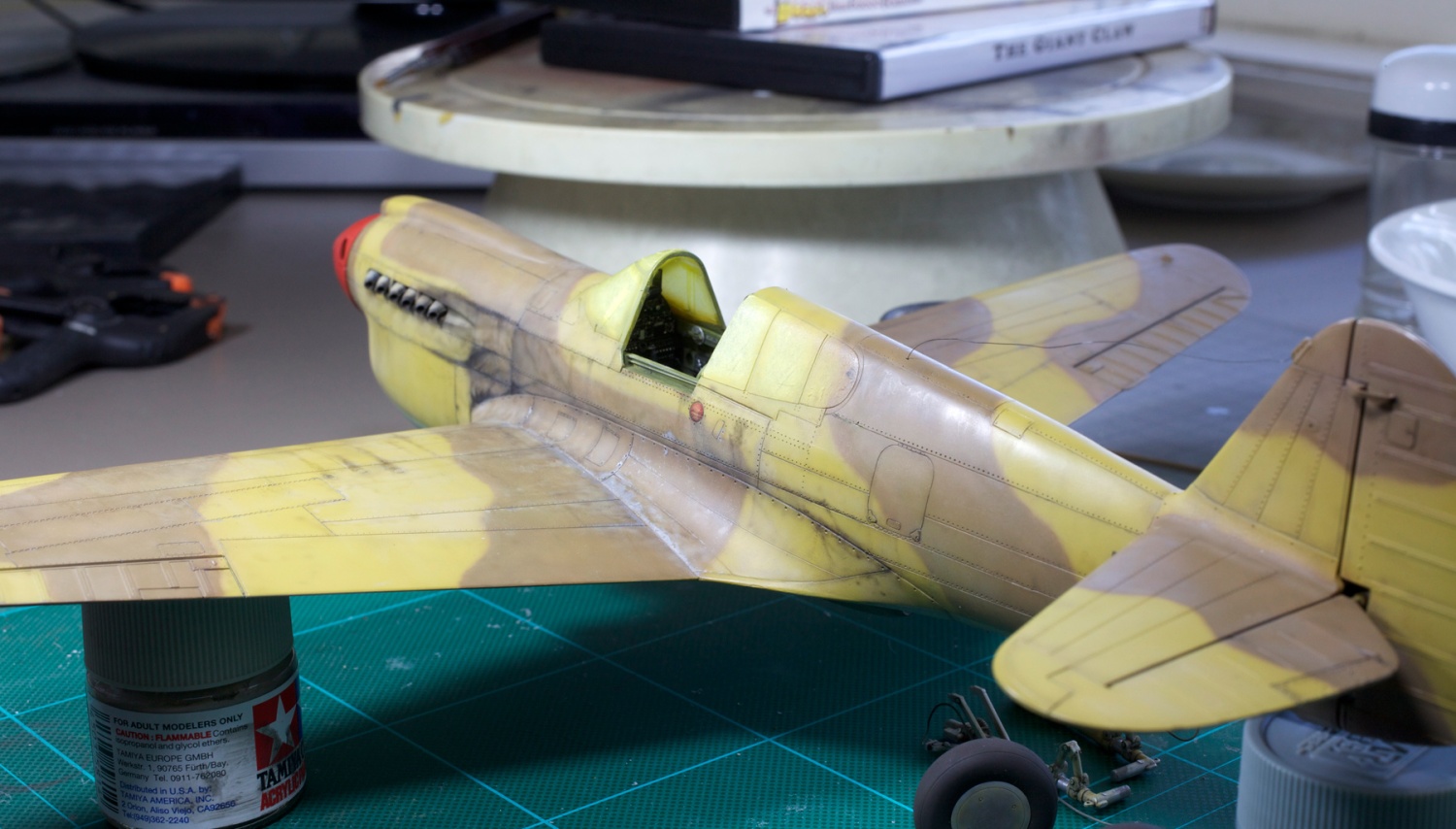 Weathering almost complete. More weathering will be done after decals have been applied. 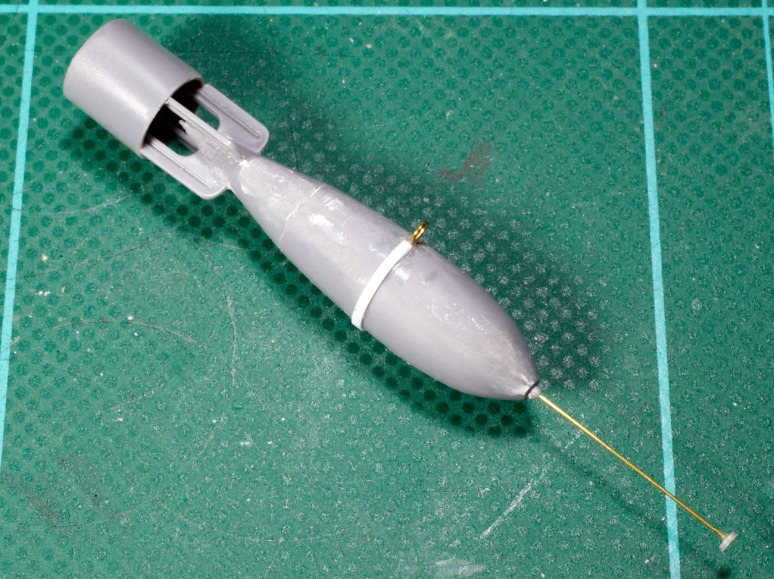 The main photograph I used for reference shows this plane carrying a 250lb GP bomb fitted with a long detonation pin. Luckily I found that I had couple of 250lb GP bombs in my spares box which were left over from the Tamiya Spitfire I built a few years ago. With the addition of a few scratch-built details one of these would be perfect for the job.

250lb GP bomb painted and weathered. The long impact-detonation pins were fitted to these bombs so that they would explode slightly above ground level therefore causing a much wider spread of schrapnel. Very effective when used as an antipersonnel weapon. 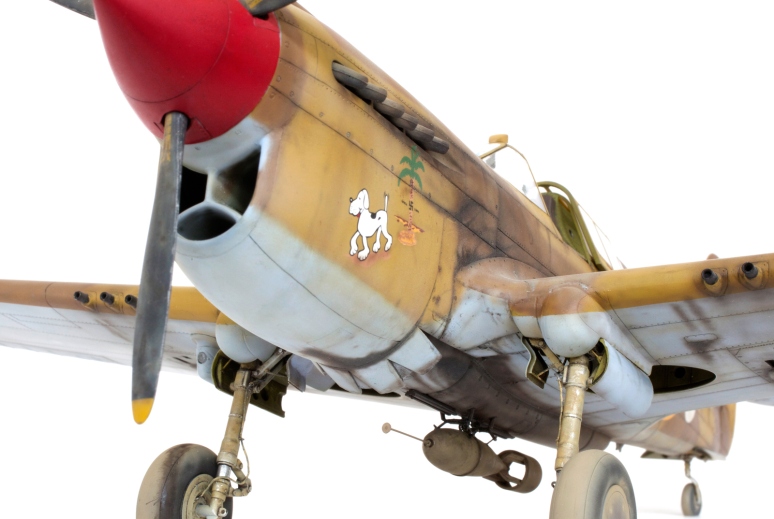 The bomb mounting gear supplied with the kit was unsuitable for this sized bomb so a new rack with sway braces was scratch built using plastic strip, plastic rod and brass wire. Also seen in this shot are the actuator rods fitted to the inside of the undercarriage doors which were also made from fine brass wire.

Bomb fitted to the very dirty under belly of this well worn war bird.

This shot shows some of the after market items used on this build, which include resin exhaust stacks from quickboost, and P/E and turned brass ring and bead gunsight from AIR MASTER. The chipped paint on the wing root area was applied with a very sharp PRISMACOLOR silver pencil. Exhaust staining and oil streaking was added using the airbrush and a fine paint brush. A watery black wash was carefully painted along panel lines and then very carefully around the canopy framework. 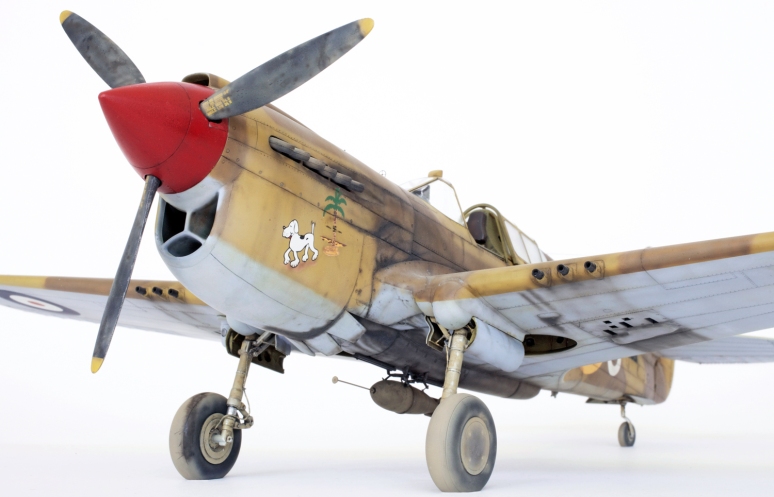 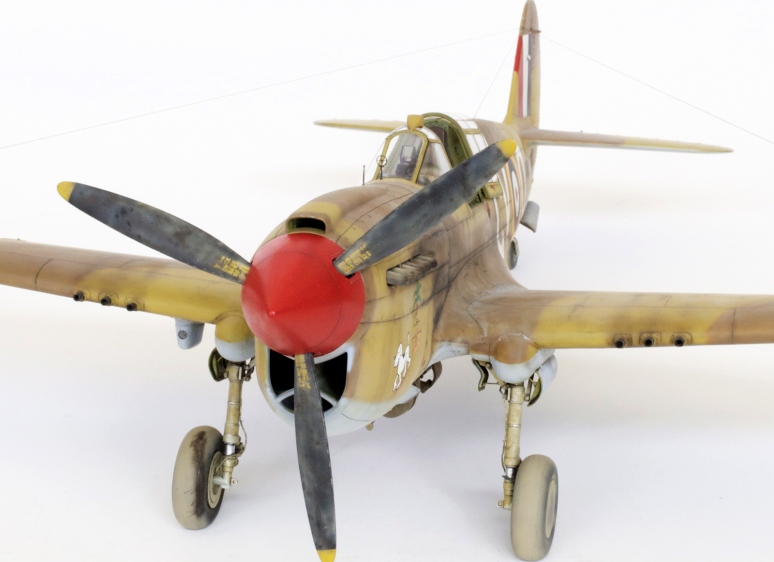