This P-38 was assigned to Capt. Bob Petit of the 339th FS/347 FG while operating from Kukum Field on Guadalcanal in 1943. On April 18th of that year Lt. Rex Barber flew this aircraft while taking part in Operation Vengeance. This was the mission to intercept the Japanese flight carrying Admiral Yamamoto. The flight was intercepted over Bougainville Island where Lt. Barber successfully engaged and shot down the G4M ‘Betty’ bomber carrying Yamamoto who was killed in the ensuing crash. 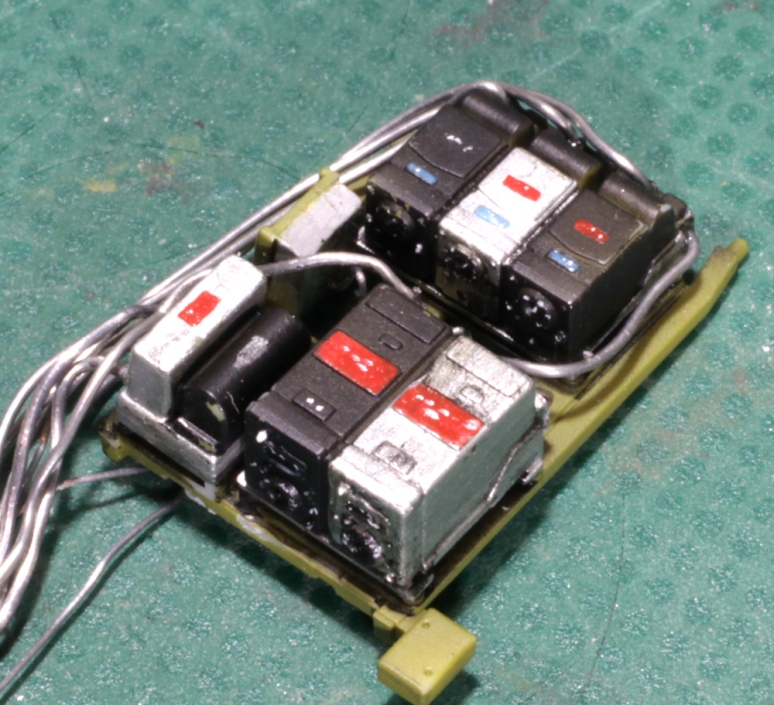 The main assembly of this kit was done by Brett Green. My work started with the painting and addition of wiring to the radio gear using 0.2mm and 0.3mm lead wire.

Red and blue placards were carefully painted on.

In place behind the pilot’s seat.

The super charger/exhaust units. These were first painted silver then sprayed blackish brown. They were then shaded with blacker brown and given a black wash. 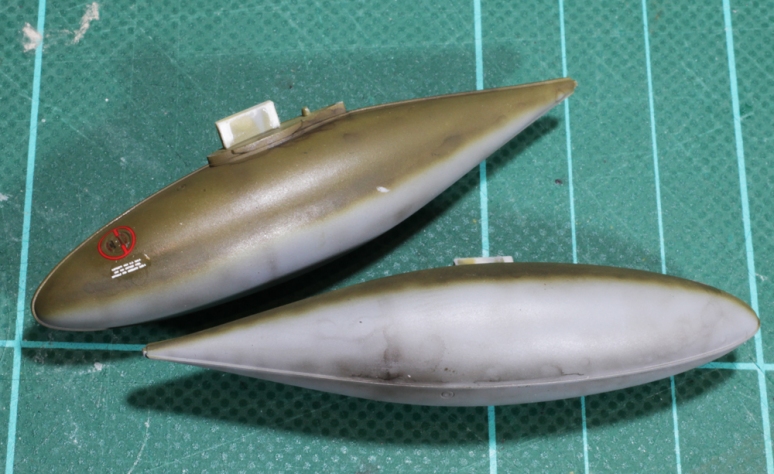 Undercarriage was first painted silver then given a dirty black wash. Careful shading was then applied using the airbrush. Note also the addition of hydraulic brake lines. 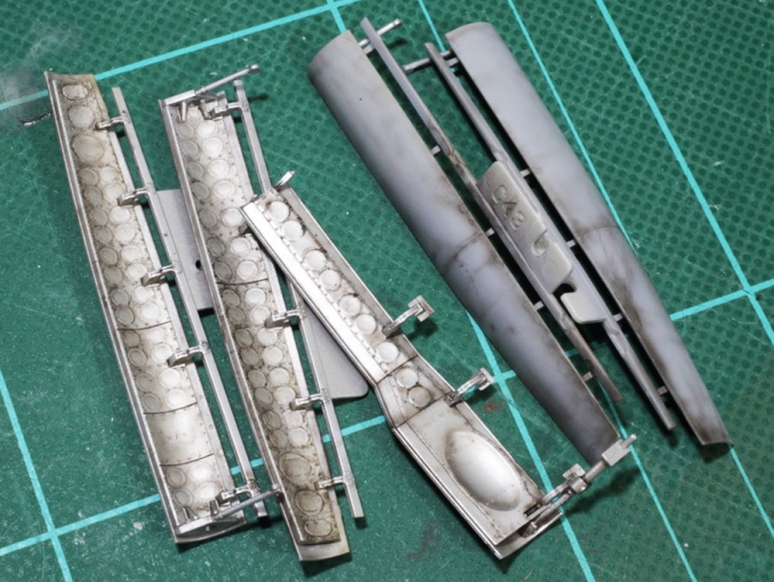 Gear doors were painted silver on the interior and neutral grey on the exterior and then given the same treatment as above. 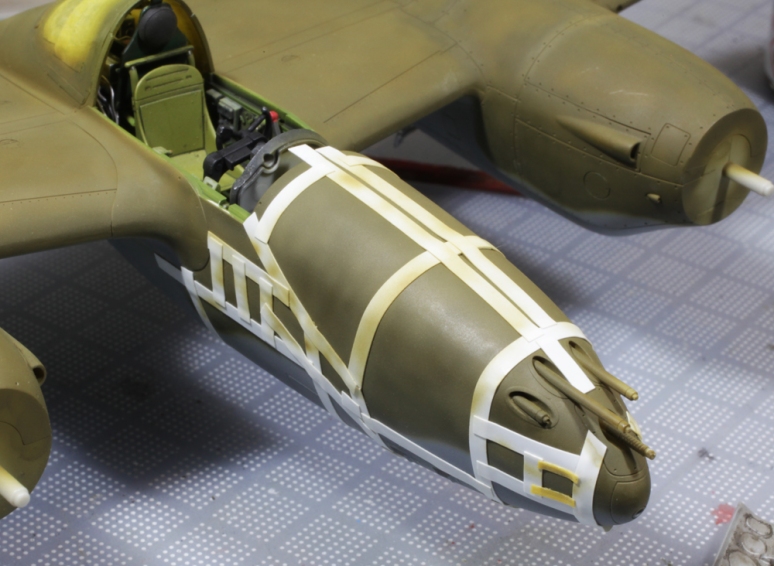 When these aircraft were shipped overseas certain panel lines were sealed with tape. To replicate the effect left after the removal of this sealing tape, the appropriate panel lines were first sprayed with a lighter version of the main cammo colours and then covered with Tamiya’s 2mm flexible masking tape. Various darker versions of these cammo colours were then sprayed along the edges of the tape. 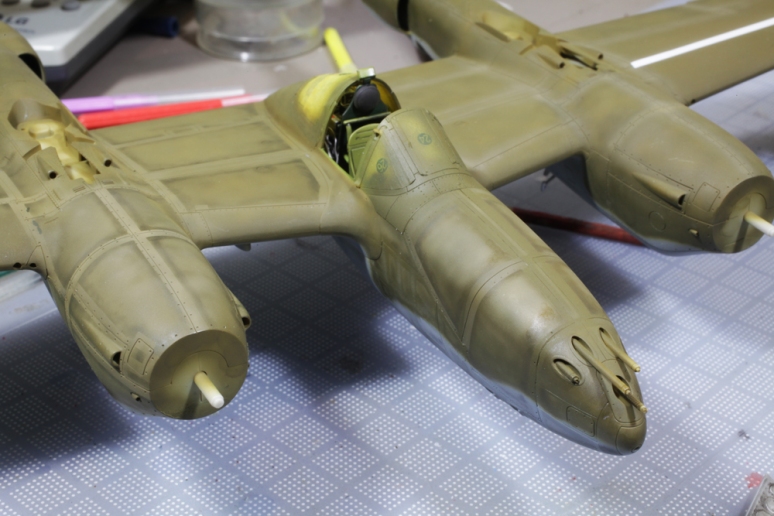 When the tape was removed the resulting effect was pretty close to my reference pics. 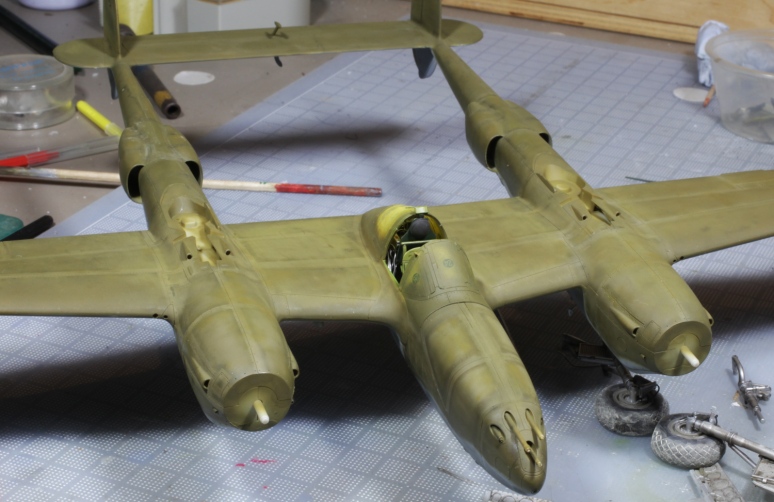 The main colours were then mottled with varying shades of themselves and my black/brown mix.

This and the next shot show various weathering effects including lean exhaust staining, paint mottling and chipping. 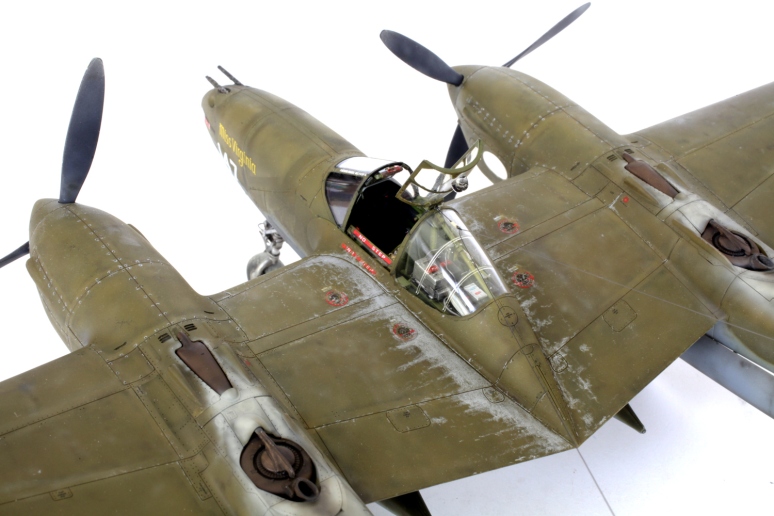 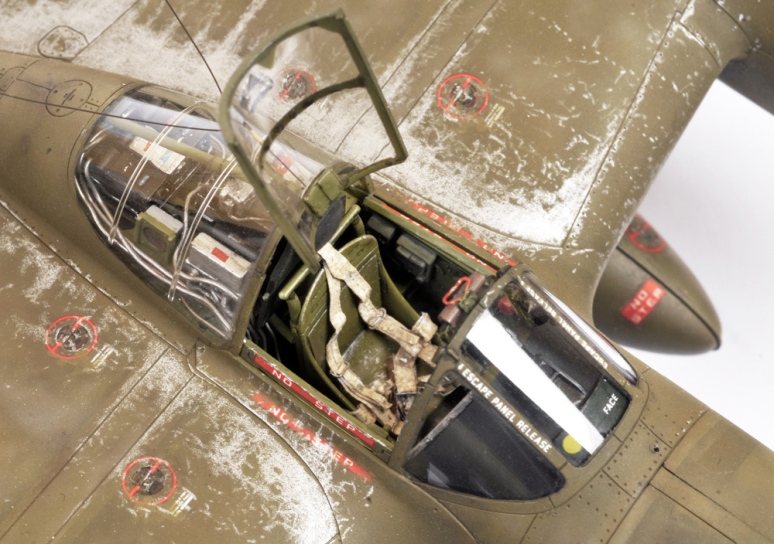 This shot shows my scratch-built safety harness made using lead foil and fine wire. Also seen attached to the top of the windscreen frame is a small red handle. This was made from the same fine wire as the safety harness buckles and, I think, in reality it was used to adjust the rear view mirror when the canopy was closed. Or I could be completely wrong.

Sealing tape, gun dust and paint chipping effects can be seen in this shot.

Exhaust staining on the tail fins. 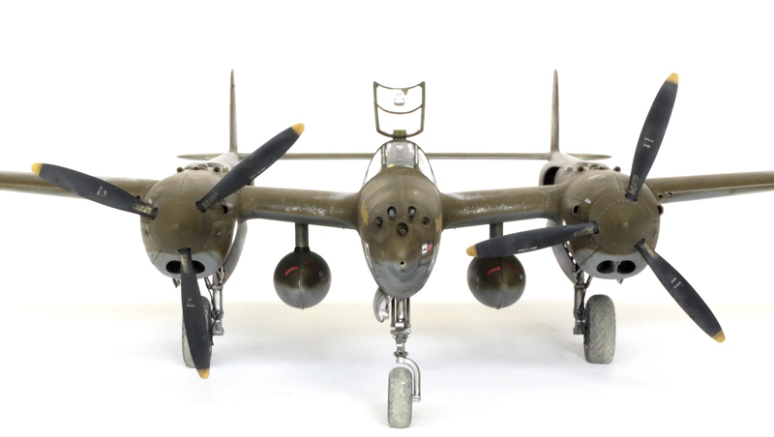